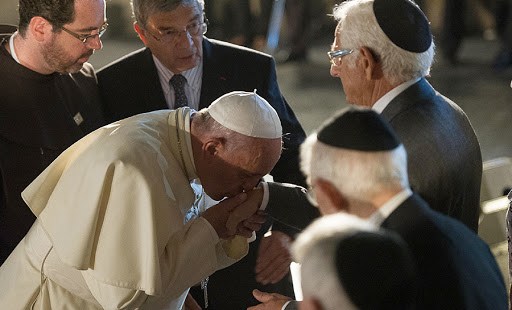 “This is one of the ways we have found to contribute our little grain of sand towards the success of the event, and to witness to the excellent relations we have with the Church.”

The first pilgrims are starting to arrive for the World Youth Day, just a week away (from January 22 to 27). Supermarkets are stocking up. Maps of how to access the site are being published, because entire avenues are going to be closed off.

Panama is a melting pot of races. That’s what’s marvelous about living in this country. Here, no one cares about what religion or race you are. What matters is what you contribute to society. Your dreams and wishes are what matter; your efforts to overcome obstacles and to better yourself.

My neighbor, for example, doesn’t share my faith. The day he moved in, he called me up to introduce himself, and he asked me to write down his telephone number so I can call him if I ever need anything, 24 hours a day. “I’m not your neighbor,” he said, “I’m your brother.”

Panama woke up on January 5 to talk on social networks about a rabbi. We’re all surprised. One of the first messages I read that morning said, “An unprecedented example of solidarity and generosity was made by Rabbi Gustavo Kraselnik, by opening the doors of his synagogue to offer housing to 50 Catholic pilgrims who will visit us for the WYD.”

My family in Panama, most of whom are Jewish, belong to that congregation. A cousin forwarded to me the message that their rabbi had sent them. I’m sharing it with you, because it’s an example of human solidarity, in a world where there’s so much need of gestures of fraternity like this one.

The WYD is already starting to bear surprising fruits of “brotherhood.”

In a little more than two weeks, World Youth Day will begin. While it is principally a celebration of the Catholic flock, since our country is one where the majority profess that faith, we can understand the enthusiasm which is noticeable in vast sectors of society. In addition, the presence of the Pope — with what he represents as the leader of the Church, and his recognized status as one of the lead actors on the world stage — gives the WYD a high profile that in some way affects all of us.

At Kol Shearith Israel, we have decided to open our facilities to house 50 pilgrims.

This is one of the ways we have found to contribute our little grain of sand towards the success of the event, and to witness to the excellent relations we have with the Church and its authorities in general, and in particular with our friends at Saint Luke’s Parish, here in Costa del Este.

We’ve witnessed the effort and kindness which they and so many people throughout the country have put into this long path of preparation, and I feel very proud that as a congregation we are going to receive these young people. It sounds interesting: Catholic youth lodged at a synagogue. Without a doubt, it will be a great story to tell.