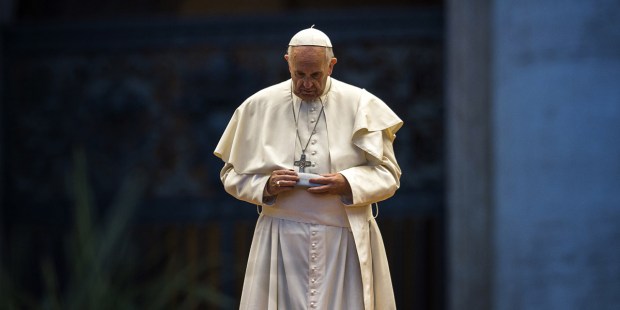 Prays for consolation and strength for nation

Pope Francis today sent his assurance of “spiritual closeness” to all Kenyans, and especially the victims of the terrorist attack this week that resulted in nearly two dozen deaths.

In a message sent by his secretary of state, Cardinal Pietro Parolin, he said:

Deeply saddened to learn of the loss of life and injury following the attack in a hotel complex in Nairobi, His Holiness Pope Francis assures all those affected by this senseless act of violence of his spiritual closeness. He extends heartfelt condolences to all Kenyans, in particular the families of the deceased and all those injured. Praying for God’s healing grace, His Holiness willingly invokes upon the entire nation the divine blessings of consolation and strength.

The Somalia-based Islamist group al-Shabab claimed responsibility for the attack. The group said that the attack was retaliation for US President Donald Trump’s decision to consider Jerusalem as capital of Israel.

This is the same group that has previously executed horrendous terrorist attacks in Kenya:

In September 2013, there were 67 people killed by the group’s gunmen at the Westgate shopping mall in Nairobi.

In 2015, they killed nearly 150 people at Garissa University.