Take this tour and visit northern England’s Catholic past

From Durham Cathedral to York’s “Bar Convent,” the north part of England is a treasure trove of Catholics sites.

From St. Thomas More to Pope Adrian IV, the only Briton that has served as pope, England is not short of historical Catholic figures. And while a tour of Catholic churches around London, like the historic Westminster Cathedral, may give you a taste of the country’s Catholic culture, it’s by venturing outside the capital that one can fully grasp the role played by and Christians and Catholic figures in the UK.

When it comes to northern England, a six-day pilgrimage organized by Landing UK, a program for returning Catholics run by Farm Street Jesuits, can give you a full sense of the role Catholicism played in English history. 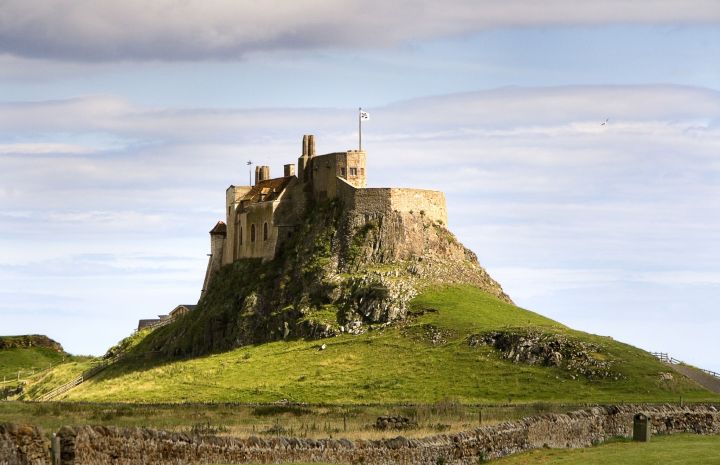 The tour starts with the fairytale-like Holy Island of Lindisfarne, a tidal island off the northeast coast of England where St. Aidan of Lindisfarne, an Irish monk, founded a monastic cathedral in 635. St. Aidan served as bishop and traveled across the area to spread the gospel to lords, knights and peasants alike. It’s partly thanks to his lifelong dedication to conversion that most local villages left paganism to embrace Christianity. That’s why Joseph Lightfoot, who served Bishop of Durham between 1879 and 1889, famously referred to Aidan as the “Apostle of the English” some 12 centuries after his death.

In the 9th century, the cathedral was destroyed by Danish invaders. It was later rebuilt by Benedictine monks from the nearby coastal town of Durham, who occupied it from the 11th century until its dissolution in 1535. Pieces of the monastery’s stone walls were used for the construction of the still standing Lindisfarne Castle, which was built in 1535 to protect the coast from Scottish attacks.

Next, we discover the important legacy of St. Wilfrid, who built a monastery in Hexham, a town south of the river Tyne, between 672 and 678, which was considered as “the finest north of the Alps.” Also known as Wilfrid of York, St. Wilfrid played a key role in bringing about Roman Catholic culture in northern England. In 664 he defended the Roman method of calculating the date of Easter against the Celtic method, which was widely used in that part of the country. After the supporters of the Celtic method withdrew, Wilfrid became established as one of the most prominent Northumbrian clerics. Ten years later, he built the Abbey of Hexham, which was later destroyed by the Danes in 810 and reconstructed in its current form in the 12th century. Wilfrid’s tiny crypt was spared from the Danish attacks and can still be visited today.

The northeast county of Durham, tied to the lives of the Sts. Oswald, Cuthbert and Bede, is up next. The town of Chester-le-Street, in the north of the county, is where a group of monks finally settled after escaping from the invasion of the Danes in the 9th century, taking with them some precious relics such as the head of St. Oswald, a saintly king who helped spread Christianity in the area in the 7th century, and the body of St. Cuthbert, a monk who served as bishop and served in the local monasteries of Melrose and Lindisfarne. In 1104, some 400 years after St. Cuthbert’s death, his casket, held at Lindisfarne monastery, was opened and his body found to be incorrupt. Given the miraculous sign, he was canonized a saint and his body eventually moved to the newly built Cathedral of the city of Durham, where it still attracts flocks of pilgrims today.

St. Bede, also known as the Venerable Bede, was an English Benedictine monk of the 7th century based at the monastery of St. Peter and its companion structure of St. Paul, in the Kingdom of Northumbria in modern-day northern England. Although he spent most of his life in monasteries, Bede did some extensive traveling across England, eventually assembling the Ecclesiastical History of the English People, a treatise about religion in England that earned him the title of “Father of English History.” His shrine was destroyed after the Reformation, but his tomb can still be visited inside the 12th-century Galilee chapel in Durham Cathedral.

The final stop of the Catholic tour of northern England is York, known for its stunning 7th-century cathedral and as the home of the Convent of the Institute of the Blessed Virgin, also known as the Bar Convent, a Catholic convent founded in 1686 — making it the oldest surviving Catholic convent in England.The Bar Convent museum offers a collection of holy artifacts and texts that document the history of Christianity in northern England. Finally, the  Chapel of St. Margaret Clitherow, erected in honor of St. Margaret Clitherow, who was sentenced to death for running a Catholic school, completes a thorough tour of Catholicism in this part of the country.