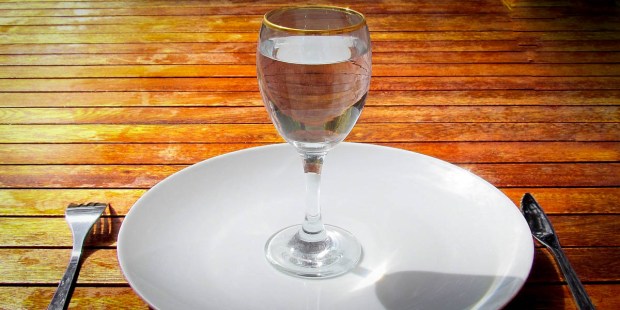 Fasting for an intention is no bribe, as though we could offer God a hamburger in exchange for a miraculous healing.

Nearly 50 years ago, the United States Supreme Court made a ruling decriminalizing abortion in this country. Tens of millions of lives have been lost because of that decision. And for most who oppose abortion it seems that there’s nothing we can do about it. We vote, but nothing seems to change. We march but don’t even see coverage on major news outlets, despite the fact that hundreds of thousands attend each year. We share articles, debate relatives, and offer one prayer after another. All, it seems, to no avail.

And on top of all this, our bishops have asked us to do penance. In the United States, January 22 (the anniversary of Roe v. Wade) is commemorated each year as a day of penance and prayer for the unborn. Every American Catholic is asked to perform an act of penance, to make a sacrifice (however small) for the protection of the unborn.

What possible good could it do?

If 50 years of voting and marching and crisis pregnancy centers haven’t brought an end to abortion, why leave the sugar out of your coffee on the day of the March for Life?

Because sacrifice has power. When we unite our prayers to acts of penance, we imbue them with a strength that words alone don’t have. We pray with our bodies, not just our souls, and give evidence of the earnestness of our prayers. Fasting purifies our intentions, demanding that we decide what we truly desire if we’re going to suffer to achieve it.

It stands to reason that a God who commanded that prayer be accompanied by sacrifice in the Old Testament and who received the sacrifice of his Son in the New would call us to offer sacrifice alongside our petitions. We won’t be slaughtering lambs or pouring out grain and oil upon an altar, but if God spent thousands of years training humanity to make sacrifices when they came before him, it stands to reason that we ought to do the same.

Fasting for an intention is no bribe, as though we could offer God a hamburger in exchange for a miraculous healing. It’s a way of recalling our prayer throughout the day, particularly when a sacrifice leaves us hungry or bored or uncomfortable for many hours. Each time we want to salt our food or scroll Facebook or grab a snack, we remember our intention and renew our petition, lifting our hearts once more in prayer.

Beyond that, when we perform acts of penance, we act in imitation of Jesus who offered the sacrifice of his body on the Cross. Our hunger won’t reconcile God to man, of course, as Jesus’ sacrifice did, but it will make us more like him as we embrace suffering for the sake of those we love. And if we have the wisdom to fast and do penance as the Church asks us (performing some act of penance every Friday of the year), we’ll find ourselves more inclined to embrace the suffering that’s thrust upon us since we’ve had some practice suffering for a cause.

Ultimately, these acts of penance aren’t ends in themselves, nor are they means to a trimmer waistline. Fasting (both from food and from other licit pleasures) must be united to prayer for it to have any meaning at all; if it’s not a gift offered to the Lord, it’s just a diet. And it must lead us to greater charity, both in the moment (even if you’re giving up coffee) and later as a result of having experienced discomfort.

If you choose to abstain from meat for the sake of the unborn, take the money you would have spent on Chick-fil-A and offer it to a charity that serves the underprivileged. If you find yourself tired from lack of caffeine, consider the weariness of a single woman exhausted from a pregnancy she didn’t plan but has heroically chosen to carry to term. Pray for her and let that prayer lead you to action, to service or a donation or greater compassion.

When it comes to penance, the bar has been set very low. “Just do something,” we’re told—if we’re told at all. It can seem awfully futile, such a small sacrifice that’s entirely unconnected to the tragedy our country continues to suffer. But prayer works and fasting strengthens prayer, even outside of Lent. So consider offering some sacrifice for the protection of the unborn. But more than that, spend some time in prayer asking the Lord how acts of penance ought to be a more regular part of your life, to strengthen your prayer, show you your dependence on him, and train you to love the Lord more than you love yourself.