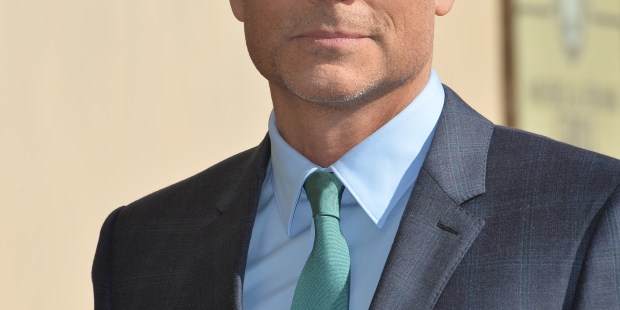 After taking time out to look after his mom, the award-winning actor gives great advice to millions.

With an aging population and expensive medical care, family members are increasingly involved in looking after sick and elderly loved ones. Getting the opportunity to care for those who have often devoted their lives to their families can be a real honor, yet being on call 24/7 can also be exhausting, which ultimately has a detrimental effect on us as caregivers.

Actor Rob Lowe found this out for himself back in the early 2000s when he and his brothers stepped in to care for his mom, who had stage 4 breast cancer. As Lowe explained in recent opinion pieces, this role — one he was totally untrained for — caused him a lot of stress, the same stress felt by millions of other caregivers in the United States.

Although the brothers cared for their mom until her death in 2003, the experience obviously left its mark on Lowe. As he points out in USA Today, there are over 40 million caregivers out there, often sacrificing their own careers, incomes, and vacations to care for family members. And, as statistics from caregiver.org show, out of these millions of unpaid caregivers, 46 percent of them carry out medical and nursing tasks. That’s a whole new skill-set for most of these caregivers to learn.

As Lowe points out, looking after a loved one can be physically exhausting — one in four caregivers spend 41 hours or more a week dedicating themselves to caring for someone — but the unpaid job is also mentally draining. Watching someone we love deteriorate is devastating, and the feeling of helplessness as they lie in pain can also leave us feeling helpless. What’s more, caregivers are often left with critical decisions to make about treatment and end of life care which can be very stressful.

But it goes even further than that. As age creeps up, or sickness worsens, caregivers need to constantly adapt; changing schedules, sorting further paperwork, retaining all the medical information they receive from teams of professionals, all while trying to establish a “new normal.” It’s no surprise that the actor shared, “I often felt overwhelmed, and that was even with all the support I had from my brothers and colleagues.”

In Newsweek, Lowe readily admits how he comes from “a family that has some means, and we were able to bring in people as needed. For people who don’t have that, I can’t imagine how hard it must be.” He is also grateful that he could share the weight of responsibility for caring for his dying mom with his brothers. Being alone in such a process adds enormous pressure, there’s no taking sick days when someone else is dependent on you.

Yet, it’s not all bleak. Lowe is quick to point out that becoming a caregiver allows the family to “bond during a difficult time.” It’s also a way of saying “thank you” to that special someone in your life. And more importantly, over the period of caregiving — which is on average around four years — we get to say all we want to say to our loved one. “One of the hidden gifts of being a caregiver is that you’re with them. You’re able to do and say all of those things in its proper time,” explains Lowe.

By sharing his own experience, Lowe wants to encourage other caregivers to look after themselves. Through his work with organizations that offer much-needed support to caregivers, EMD Serono and Embracing Carers, the actor wants to help this huge population of care givers who society often neglects. In his opinion piece he emphasizes the need to reach out for help; if there’s no one around you, then look to forums on the Internet. He also wants to get these selfless caregivers talking. By sharing the challenges they face they might find help, inspiration, or just a shoulder to cry on.

Finally Lowe recommends that we “just be present” as caregivers. Although we may feel we’re facing insurmountable obstacles. this time will pass and “you’ll want to look back and see that you did the most important thing: simply helping someone you love know that they weren’t alone.”

Read more:
Little Sisters of the Poor respond to popular book’s advice on how to support the dying