Not enough research on the dangers of marijuana, warns Malcolm Gladwell 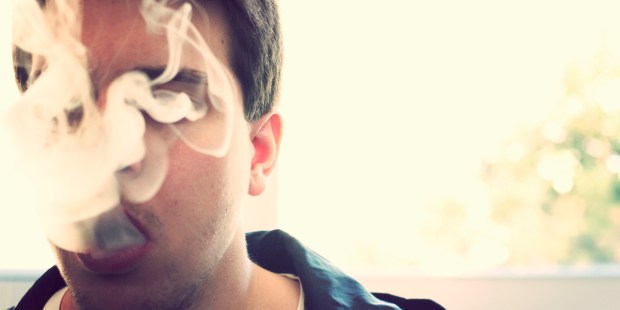 Marijuana is now legal for medicinal use in 33 states and recreational use in 10. There are moves in several states, including New York, New Jersey, Connecticut and Minnesota, to allow pot for recreational use.

Not so fast, says New York Times best-selling author Malcolm Gladwell. In a lengthy piece in the New Yorker, Gladwell warns that science is far from settled on the safety of marijuana.

In a 468-page report issued two years ago by the National Academy of Medicine, category after category of supposed benefits of the use of pot received the same verdict from the Academy: “Insufficient evidence.” Those alleged benefits included treatment for the nausea associated with chemotherapy, epilepsy, Tourette’s syndrome, A.L.S., Huntington’s, Parkinson’s, irritable-bowel syndrome, and anxiety.

When it comes to whether marijuana might be helpful for things like depression, dementia and glaucoma, the answer was more dismal: “Probably not.”

The potential for harm, on the other hand, was a little more certain, Gladwell noted:

Does the use of cannabis increase the likelihood of fatal car accidents? Yes. By how much? Unclear. Does it affect motivation and cognition? Hard to say, but probably. Does it affect employment prospects? Probably. Will it impair academic achievement? Limited evidence.

While states and municipalities seem anxious to legalize pot, Gladwell pointed out that there exist few studies on the drug, and those studies were done decades ago. Today, marijuana is generally a lot more potent.

“Because of recent developments in plant breeding and growing techniques, the typical concentration of THC, the psychoactive ingredient in marijuana, has gone from the low single digits to more than twenty percent—from a swig of near-beer to a tequila shot,” Gladwell wrote.

Compare that, he writes, to the fine-tuned, cover-every-angle studies pharmaceutical produce to satisfy the FDA before a drug can be brought to market.

There was one area, though, where the National Academy had a lot more certainty: “Cannabis use is likely to increase the risk of developing schizophrenia and other psychoses; the higher the use, the greater the risk.”

Author Alex Berenson reports anecdotal evidence of this finding in his book Tell Your Children: The Truth About Marijuana, Mental Illness, and Violence. He quotes Erik Messamore, a psychiatrist who specializes in neuropharmacology and in the treatment of schizophrenia, as reporting a marked increase in the number of patients with schizophrenia over the past two decades. Interestingly, marijuana use in the U.S. has almost doubled in that same time period.

“A surprising number of them seemed to have used only cannabis and no other drugs before their breaks,” according to Berenson. “The disease they’d developed looked like schizophrenia, but it had developed later—and their prognosis seemed to be worse. Their delusions and paranoia hardly responded to antipsychotics.”

Marni Chanoff, a psychiatrist on the faculty at Harvard Medical School and McLean Hospital, in an op-ed this week in USA Today, warned that no one with a family history of mental illness should even go near marijuana.

“For anyone with a family history of severe mental illness, long-term or heavy use of cannabis is also associated with increased chances of developing schizophrenia,” Chanoff warned. “Having a parent or sibling with a psychotic illness significantly amplifies the risk of developing schizophrenia. Having grandparents or great-grandparents, aunts, uncles or cousins with schizophrenia fuels that risk. Research shows that initial psychotic episodes can occur two to six years earlier in people who use cannabis daily, particularly among high-potency users.”

She’s seen it firsthand. “As a psychiatrist, I’ve cared for dozens of young people experiencing their first psychotic episode, and many … use weed throughout the day,” she testified.

There is debate in the medical community, however, with some believing that the high correlation between marijuana use and psychological problems does not imply that one causes the other.

“People with psychotic problems often use cannabis regularly; this is a solid correlation, backed by numerous studies. But it is unclear which came first, the cannabis habit or the psychoses,” wrote Benedict Carey, science reporter for the New York Times. “Children who later develop schizophrenia often seem to retreat into their own world, stalked periodically by bizarre fears and fantasies well outside the range of usual childhood imagination, and well before they are exposed to cannabis. Those who go on to become regular marijuana users often use other substances as well, including alcohol and cigarettes, making it more difficult for researchers to untangle causation.”

But because pot today is far more potent than in the past, most experts do agree that it would be a risk for young people who are related to someone with a psychotic condition, Carey noted.

Advocates of legalized recreational marijuana often point out that alcohol and tobacco, even though they are legal, are far more dangerous. They are known to cause cancer, heart failure, and liver damage, for example.

“According to the [Centers for Disease Control], six people die from alcohol poisoning every day and 88,000 people die annually due to excessive alcohol use in the United States,” the website ProCon.org pointed out. “There are no recorded cases of death from marijuana overdose.”

Three to four times as many Americans are dependent on alcohol as on marijuana. A study in the Lancet ranking the harmfulness of drugs put alcohol first as the most harmful, tobacco as sixth, and cannabis eighth. A national poll found that people view tobacco as a greater threat to health than marijuana by a margin of four to one (76% vs. 18%), and 72% of people surveyed believed that regular use of alcohol was more dangerous than marijuana use.

“In several respects, even sugar poses more of a threat to our nation’s health than pot,” said Dr. David L. Nathan, a clinical psychiatrist and president of Doctors for Cannabis Regulation.

But if pot is indeed leading to an increase in mental illness, could it also be contributing to an increase in crime and violence? Most people might assume that toking on a joint will leave a person too mellow to get violent. Berenson took a look at stats in Washington, the first state in the union to legalize recreational use of marijuana, in 2014. Gladwell summarized his findings:

Between 2013 and 2017, the state’s aggravated-assault rate rose seventeen per cent, which was nearly twice the increase seen nationwide, and the murder rate rose forty-four per cent, which was more than twice the increase nationwide. We don’t know that an increase in cannabis use was responsible for that surge in violence. Berenson, though, finds it strange that, at a time when Washington may have exposed its population to higher levels of what is widely assumed to be a calming substance, its citizens began turning on one another with increased aggression.

And then there’s the question of traffic safety. Consumer Reports highlighted a recent study finding that motor vehicle crashes are up 6 percent in four states that have legalized recreational marijuana compared with four neighboring states where the drug is restricted or illegal.

The study was conducted by the Insurance Institute for Highway Safety (IIHS) and Highway Loss Data Institute (HLDI), which say the crash data suggest that as more states legalize recreational marijuana, more effort will be needed to determine how best to prevent impaired driving crashes, the consumer research institute said.

“What we’re seeing is a definite increase in crash risk that is associated with the legalized recreational use of marijuana,” says David Harkey, president of IIHS and HLDI.