The three mystical grottoes of the Holy Land

A tour of three key places in the life of Jesus: the places of his birth, the teaching of the Lord's Prayer and the betrayal of Judas

In the age of the Roman emperor Constantine, there were in the area of Jerusalem and to the south of the city three mystical grottoes of great importance for Christians: the Grotto of the Nativity, that of Calvary, and the one on the Mount of Olives. They were so important for Christians that Constantine thought it appropriate to honor them officially with the construction of splendid religious buildings that remain great treasures even today, due to the three transcendent events in Jesus’ life that they commemorate.

The cave of Bethlehem

The Grotto of the Nativity in Bethlehem is, according to tradition, the place where Christ was born of the Virgin Mary. This same grotto was enclosed by the magnificent constructions of the emperor Constantine and his mother Helen not long after 325, as is related in the historical narrative of Eusebius of Caesarea.

Descending some stairs within the basilica, we can see two columns of red stone that hold up the altar of the Nativity, where there is an inscription in Latin that says, “Gloria in excelsis Deo et in terra pax hominibus” (“Glory to God in the highest, and on earth, peace to men”). Under the altar there is a silver star on the floor with another inscription: “Hic de Virgine Maria Iesus Christus natus est” (“Here, Jesus Christ was born of the Virgin Mary”).

To the right of the altar of the Nativity is the place where Mary placed the Baby in a manger after His birth. In that place there is now the Altar of the Manger, and in front of it, another small altar dedicated to the Magi. It is at this latter altar where, according to long-standing accords between the Orthodox and Roman Catholic Churches, Latin Catholics celebrate Mass.

The Grotto of the Pater Noster on the Mount of Olives

On the road that goes from Bethany and Bethphage to the Holy City, on top of the Mount of Olives, very close to the point where the Ascension took place, there is a cave where Jesus went with His apostles on various occasions to instruct them in many mysteries and to teach them the Our Father (“Pater Noster” in Latin).

St. Helen, Constantine’s mother, had a basilica built there in the year 326. The basilica was called the Eleona, a name which derives from the Greek word elaion, which means “olive,” but which also brings to mind the sound of the Greek word eleison, which means “have mercy.” The grotto formed a crypt under the presbytery. A few decades later, a few yards away they built the shrine known as the Imbomon, which held the rock on which the Lord was standing when He ascended into heaven.

A pilgrim named Egeria, who described various ceremonies celebrated there at the end of the 4th century, relates that on Tuesday of Holy Week, “everyone goes to the church that is on Mount Eleona. When they arrive at the Church, the bishop enters the grotto where the Lord used to teach the disciples, takes the book of the Gospels, and still standing, he reads the words of the Lord written in the Gospel according to Matthew, where it says, ‘See that I have not deceived anyone’ (Mt. 24:4); and the bishop continues reading until the end of the entire discourse” (Itinerarium Egeriae, XXXIII).

Since the 19th century, the Eleona has been in the care of a community of Carmelites founded in France, whose convent is next to the Grotto of the Pater Noster.

The Grotto of Gethsemane

This grotto is located at the foot of the Mount of Olives, and has been in the care of the Franciscans since the year 1361. In antiquity, the grotto was a place of agricultural work, such as pressing olives; this is the origin of the name “Gethsemane,” an Aramaic word that means “oil press.”

Part of a cistern dating back more than 2,000 years was found in 1955 within the grotto. During the Byzantine period, it was used as a small cemetery. The frescoes on the natural rock walls and the paintings on the walls depicting Jesus and the apostles have been carefully conserved since the days of the Crusades, and an ancient inscription is found to the right of the presbytery, which translated from Latin says, “Here the Holy King sweat blood. Christ, the Lord, frequented these places often. My Father, if you wish, take this chalice away from me.”

If you’ve never been to the Holy Land, or if you want to remember what that life-changing journey was like, we encourage you to look at our slideshow of photos from the Holy Land. It’s a trip to the heart of Christianity. 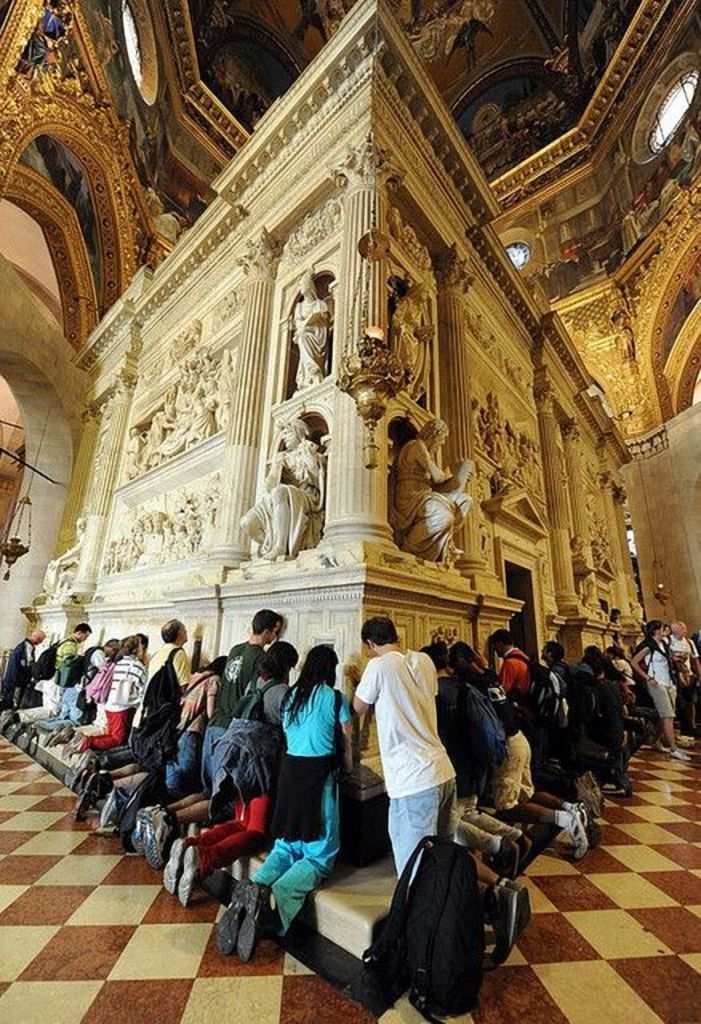