Meet Isaiah, one of the most fascinating (and mysterious) characters in the Bible. 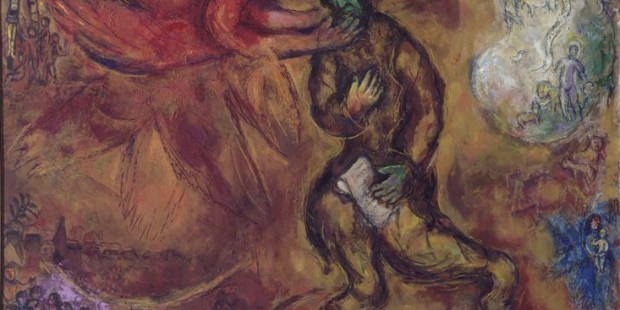 His writings are the most cited in the New Testament. But who was he?

The prophet Isaiah is one of the most influential figures in the Hebrew Bible. The Book of Isaiah is so constantly quoted in the New Testament that it has been called “the Fifth Gospel.” In fact, St. Jerome famously said Isaiah “was more of an Evangelist than a Prophet, because he described all of the Mysteries of the Church of Christ so vividly that you would assume he was not prophesying about the future, but rather was composing a history of past events.” Also, and perhaps not surprisingly, his figure is represented in the Dead Sea Scrolls more frequently than that of any other prophet or patriarch. But who was he?

Isaiah was an 8th-century BC prophet who began his ministry a few years before King Uzziah’s death, lived during the reigns of Jotham and Ahaz, and died in the 14th year of Hezekiah’s reign, who was king of Judah until the year 740 BC (approximately). That is, he might have been active in his ministry for more than 60 years. But contemporary scholars are now in almost universal agreement that there was not only one Isaiah, but rather different authors writing under the same name, most likely centuries apart from each other, as the book shows clear signs of having been written over a long period of time. These authors are referred to as First, Second, and Third Isaiah, although not all scholars make a sharp distinction between Second and Third Isaiah.

The First Isaiah, scholars agree, wrote most of chapters 1 to 39, and is the actual prophet for whom the entire work is named. In fact, scholars argue his influence was so great that he had disciples who carried on his ministry after his death. This group of disciples are referred to as the “Isaiah School,” and have been credited with producing the “Second Isaiah” (that is, chapters 40 to 55 of the Book) in the 6th century BC, and “Third Isaiah” (chapters 56 to 66) in the 5th century BC. But why would scholars reach this conclusion? The key lies in the many different concerns the reader finds in Isaiah’s preaching, and in a radical change of subject beginning in chapter 40.

It is at this point when the return from Babylonian captivity becomes the dominant subject matter of the book. Cyrus, the very same Persian king who ordered the release of Israel in the year 539, is named in chapter 44, verse 28. This has led scholars to consider the first half of the book (chapters 1–39) originated with the historical prophet, and then was interspersed with prose commentaries written in the time of King Josiah around a hundred years later, and that, finally, the remainder of the book dates from immediately before (and immediately after) the end of the exile in Babylon, almost two centuries after the time of the historic prophet.

If you want to know more about this prophet, you can read this great article, published by Bible History Daily.