Tidying up your house is part of an ancient Christian tradition 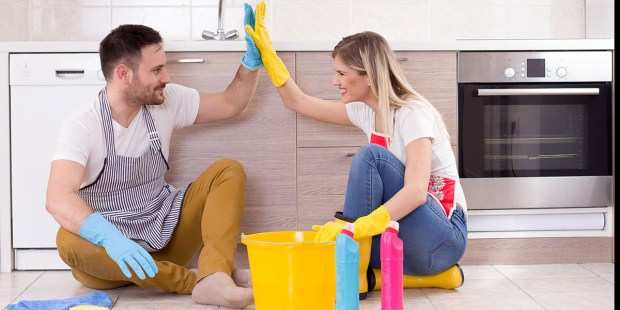 Before Marie Kondo made it cool, Christians have been simplifying their houses for centuries.

Due to the success of the Netflix series Tidying up with Marie Kondo, thousands have made the choice to simplify their lives by reducing and organizing their material possessions. Kondo’s unique approach has captivated audiences around the world, but her basic principles are nothing new.

In fact, Christians have been “tidying up” in similar ways since the the time of Jesus.

The Gospels record the words of Jesus on multiple occasions when he urges his disciples to reduce their possessions and simplify their lives. For example, one day a rich young man came to Jesus and asked him what he needed to do to be perfect.

Jesus said to him, “If you would be perfect, go, sell what you possess and give to the poor, and you will have treasure in heaven; and come, follow me.” When the young man heard this he went away sorrowful; for he had great possessions.

Some scholars claim the “eye of a needle” was a narrow passageway in Jerusalem. If a camel, laden with many bags, needed to get through the “eye of a needle,” the bags would be taken off its back. In a similar way, Christians who are attached to their earthly possessions need to break free from them in order to walk through the gates of Heaven.

Christians have been inspired by this and other passages for many centuries. The Desert Fathers in Egypt during the 3rd and 4th centuries were well known for their simplicity of life, having very few possessions besides the basic necessities.

In the same tradition St. Benedict wrote in his Rule a few guidelines regarding the number of possessions and keeping them in order.

Let the Abbot appoint brethren on whose life and character he can rely, over the property of the monastery in tools, clothing, and things generally, and let him assign to them, as he shall deem proper, all the articles which must be collected after use and stored away … [monks should not] have anything whatever as his own, neither a book, nor a writing tablet, nor a pen, nor anything else whatsoever, since monks are allowed to have neither their bodies nor their wills in their own power. Everything that is necessary, however, they must look for from the Father of the monastery; and let it not be allowed for anyone to have anything which the Abbot did not give or permit him to have. Let all things be common to all, as it is written. And let no one call or take to himself anything as his own.

St. Francis of Assisi is one of the best known followers of the Gospel message, going so far as to become a beggar, thus becoming one with the poor people he served.

Lay men and women throughout history have also taken these words of Jesus to heart, giving their excess away to the poor and only keeping for themselves what they absolutely need.

So yes, tidying up is a good thing, an important action Christians have affirmed with great zeal for many centuries.

Read more:
How I made Marie Kondo decluttering stick in my life

Read more:
Here’s what (spiritually) happens when we give alms to the poor