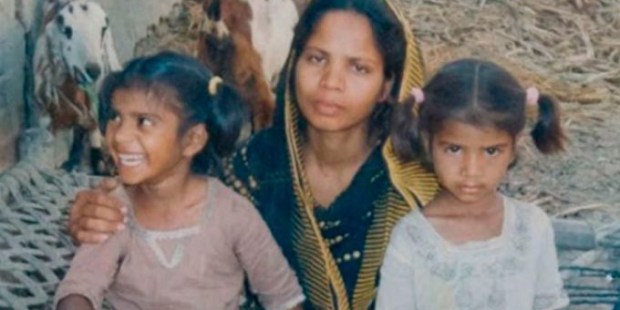 Asia Bibi is free to leave Pakistan, after the country’s highest upheld its decision to acquit her of all charges of blasphemy and overturn her death sentence.

Bibi was convicted in 2010 of insulting the Prophet Mohammad during an argument with neighbors and spent eight years on death row in accordance with the country’s strict blasphemy laws.

The court’s decision last October was met with violent protests from radical Muslims. More than 3,000 members of the radical Tehreek-i-Labbaik Pakistan (TLP) group were arrested on charges of terrorism following the riots, and members of the group’s leadership remain in prison.

Riots ceased only after the government agreed to keep Bibi in the country and allow a review petition to be heard in court.

“Based on merit, this petition is dismissed,” Chief Justice Asif Saeed Khosa said in court on Tuesday, according to the BBC, which reported that Bibi is being kept by authorities at a secret location in Islamabad.

After the ruling, Bibi’s lawyer, Saiful Malook, suggested that Bibi would be leaving the country soon.

“I think at this time she is here [in Pakistan] – but by tonight, I don’t know,” he said, according to a Guardian report.

Two of Bibi’s children are reportedly in Canada, which has offered Bibi asylum according to Sky News. Australia, Spain and France have also reportedly offered her sanctuary, reported the Guardian.

John Pontifex of Aid to the Church in Need, which had lobbied for her acquittal said, “This is a victory for the rule of law in Pakistan and promises to draw a line under a miscarriage of justice that has cost almost 10 years of pain and suffering for Asia Bibi and her family. We are all so happy for them.