Did the leper Jesus cured become a bishop in France? 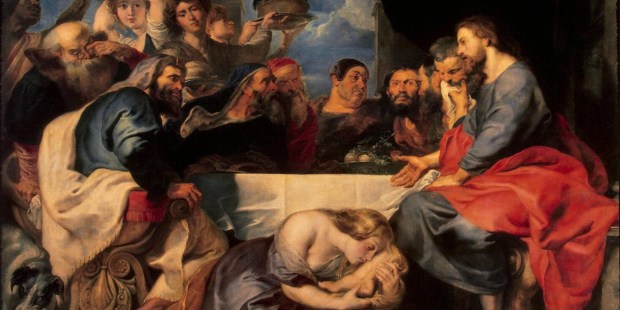 One tradition claims the apostles ordained St. Julian and sent him off to Gaul.

In the Gospel of Matthew, we read, “Jesus was at Bethany in the house of Simon the leper” (Matthew 26:6). It is believed by some that Simon was cured of his leprosy, and that it was because of this gift that he invited Jesus to his house in gratitude.

Little is known about what happened to Simon after that one event, but many traditions claim that Simon later had a prominent role in the early Church.

In the medieval text, The Golden Legend, Simon’s life after Jesus’ ascension is explained and his name is changed to “Julian.”

Julian was bishop of Le Mans. It is said that he was Simon the Leper, whom Christ cured of leprosy and who invited the Lord to a festal meal. After Christ’s ascension the apostles ordained Julian as bishop of Le Mans. He was renowned for his many virtues. He raised three dead persons to life and in time went to his rest in peace.

He is also said to be the Julian who is invoked by travelers in search of good lodging, for the reason that he welcomed Christ as a guest in his house.

Whatever the veracity of this story, the Diocese of Le Mans in France has a “St. Julian” listed as their first bishop and the cathedral church is named in his honor.

Nevertheless, most historians believe a different St. Julian was the founder of the Diocese of Le Mans and his existence is traced back to the 3rd or 4th century.

Simon the Leper may not ever have become a bishop, but his association with a saint may have some truth in it, as he may have had a positive reputation among the early Christians.

In the end it doesn’t really matter, because spiritually speaking, the life of Simon the Leper reminds us that Jesus can radically change our lives, if we only let him enter into our house.