The St. John Paul II National Shrine offers exhibits and activities to guide the faithful with the teachings of JPII.

Dedicated to preserving the memory and legacy of one of the greatest men of the 20th century, the St. John Paul II National Shrine is an important stop for pilgrims in the Washington, DC, area. Located right across the street from the Catholic University of America — and a short walk from the National Shrine of the Basilica of the Immaculate Conception — the Shrine is a place of worship, religious formation, and cultural renewal. 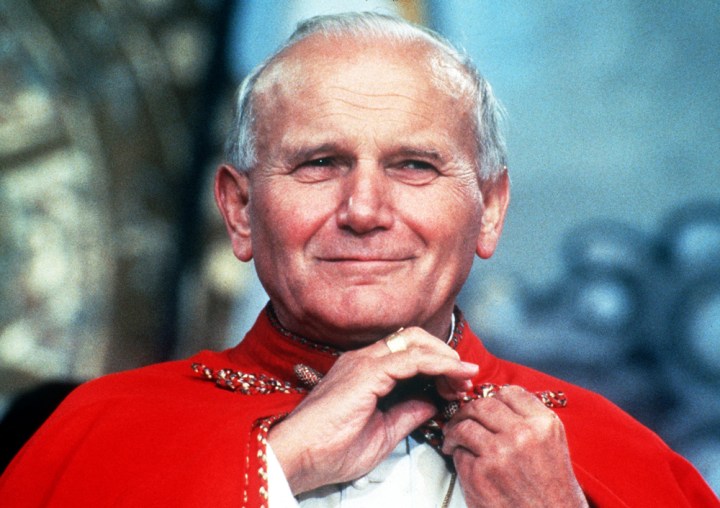 The grounds originated as the Pope John Paul II Cultural Center — envisioned as a place for the discussion of interfaith issues — and the building opened its doors as such in 2001. Unfortunately, due to the drop in economic and tourism figures after the events of 9/11, the cultural center struggled from the get-go and eventually closed its doors in 2009.

For a while it seemed like the Dominican Sisters of Mary, Mother of the Eucharist might buy the grounds to create a new House of Studies, but in 2011, the Knights of Columbus acquired the center and have since reopened it as a shrine to JPII. The center was named a National Shrine by the USCCB in 2014, shortly after Pope John Paul II’s canonization.

Today, the still growing shrine welcomes around 64,000 pilgrims and visitors annually. One of their biggest draws is a 16,000-square-foot permanent exhibit entitled A Gift of Love: The Life of Saint John Paul II, which features video content, dynamic interactive displays, and some personal effects of the pontiff.

Within the Shrine is a church and chapel ornamented with floor-to-ceiling mosaics designed by the world-renowned Jesuit Father Marko Rupnik, where daily Mass is celebrated. The mosaics illustrate two of the saint’s teachings: his 1979 Redemptor Hominis encyclical and the Mysteries of Light added to the Rosary in 2002.

Visitors can take part in an informative daily tour or independently explore the extensive collection of exhibits, including the liturgical garments that JPII wore while visiting 129 countries and — one of the biggest attractions — a first-class relic of St. John Paul II’s blood available for veneration.

Along with the exhibits, another attraction of the John Paul II National Shrine is the variety of pastoral programs they offer, which draw upon the teachings of St. John Paul II. CruxNow has a comprehensive list of activities, but for scheduling it is advised to visit their website.

Here are some of the program that have been available at the Shrine:

World Youth Day Unite
Evenings with the Merciful Jesus – Led by the Sisters of the Congregation of Our Lady of Mercy during the evening of the 22nd of the month.
Young Adult Retreats

Advent Lessons and Carols
Advent and Lenten Days of Recollection
Holy Week, Easter, and Divine Mercy Sunday
Saint John Paul II Feast Day Celebrations
Feast of All Saints and Feast of All Souls
Visit of the Feast of Our Lady of Guadalupe

The Shrine has offered several unique events, including the visit of the World Youth Day Cross and Icon symbols, as well as concerts by Catholic recording artists such as Tony Melendez, Audrey Assad, and Steve Angrisano. They are currently continuing their year-long celebration of the 40th anniversary of St. John Paul II’s election to the papacy.

In early 2019, the Shrine will host the heart of St. John Vianney, the patron saint of priests, as the relic makes its tour across the U.S. The tour is co-sponsored by the Knights of Columbus and the Shrine of St. Jean Vianney in Ars, France.