Il Volo: Hear the moving Ave Maria that they sang at the WYD in Panama 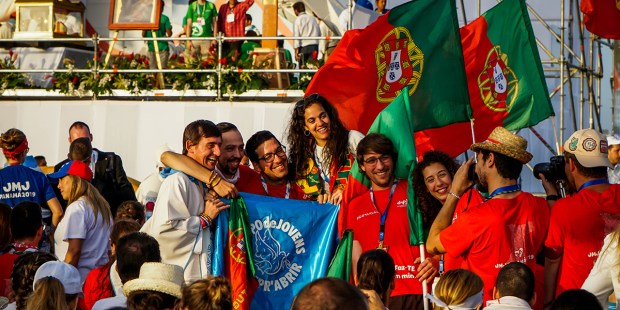 Pope Francis presided over a Vigil with hundreds of thousands of young people at the World Youth Day (WYD) 2019 in Panama, at Campo San Juan Pablo II – Metro Park.

One of the most emotional moments of the night was when the pope and the young people prayed before the image of the Pilgrim Statue of Our Lady of Fatima, which traveled to Panama for the occasion.

Then, Il Volo sang a song dedicated to the Mother of God, whom Francis presented in his discourse as a young woman who changed history and who is the “influencer” of God.

The Pilgrim Statue of Our Lady of Fatima was in Fatima thanks to the invitation of the archbishop of Panama City, José Domingo Ulloa Mendieta, and to the Marian character of this World Youth Day.

Prayer, music, and faith mixed together to honor the Pilgrim Statue of Fatima, which was present with the pope and the youth of the world at the WYD Sunday Mass.