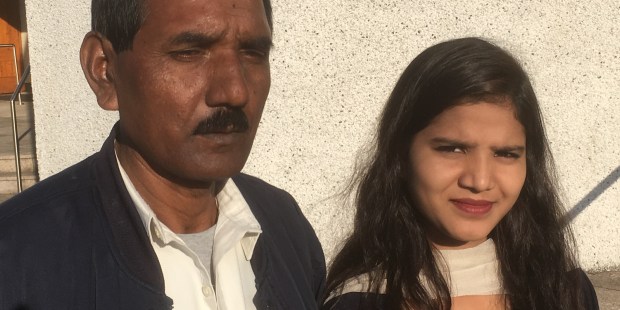 Asia Bibi’s ordeal may finally be coming to an end.

After spending eight years on death row after being convicted of blasphemy, the Pakistani Catholic mother of five has been acquitted of all charges, and is reportedly headed to Canada where she will join her family.

Bibi was convicted in 2010 of insulting the Prophet Mohammad during an argument with neighbors. She was acquitted of all charges by Pakistan’s Supreme Court on October 31, 2018.

The court’s decision was met with violent protests from radical Muslims. More than 3,000 members of the radical Tehreek-i-Labbaik Pakistan (TLP) group were arrested on charges of terrorism following the riots, and members of the group’s leadership remain in prison.

Riots ceased only after the government agreed to keep Bibi in the country and allow a review petition to be heard in court. That challenge was rejected by the court on January 29, effectively allowing Bibi to leave the country.

Family friend Nadeem Bhatti told The Catholic Register that Bibi and her husband’s daughters, who are 18 and 19 years old have been living in Canada since just before Christmas.

Wilson Chowdhry of the British Pakistani Association told HuffPost UK that Bibi and her husband are on their way to Canada.

“I can confirm that Asia Bibi will be flown out to Canada very, very soon and be joined in Canada by the rest of her family in due time,” he said.

Chowdry told HuffPost UK that Bibi and her family will be living in a “relatively remote” area because, “security concerns are still paramount. Even in Canada, Asia’s life is in potential danger.”

Last November, after Bibi was acquitted, Canadian Prime Minister Justin Trudeau indicated that his government would be inclined to offer Bibi asylum.

He told reporters, “There is a delicate domestic context that we respect which is why I don’t want to say any more about that, but I will remind people Canada is a welcoming country.”