Why people with religious faith tend to sleep better 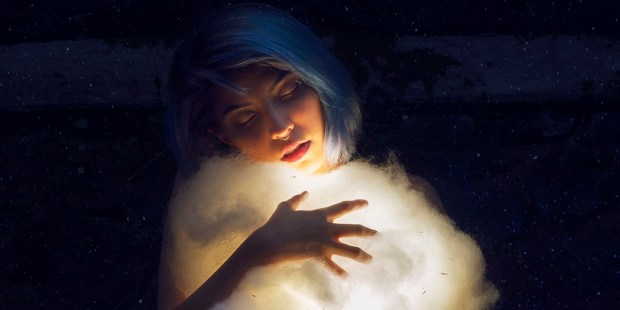 A recent study looks at the phenomenon and its causes.

Most of the time, when we can’t sleep it’s because we’re going over things in our head: work, our children, debt, exams, money, health, relationships, etc.  As we toss and turn in bed, we try to find the calm we yearn for, but, that calm is nowhere to be found … until we remember God.

A study published recently in the Journal for the Scientific Study of Religion (JSSR) has shown that strong faith can be key for a good night’s sleep — and for a good life, which makes for restorative, sleep-filled nights.

The researchers discovered that people with “a perceived secure attachment to God” and a “subjective certainty in personal salvation” tend to fall asleep faster, sleep longer, and feel more rested in the morning.

Terrence D. Hill, associate professor at the University of Arizona School of Sociology and coauthor of the study, said that the results of this interdisciplinary study were not a surprise.

In a Church Times article, he says that “if you believe a higher power is out there looking out for you, then what you’re going through now is temporary.” Thus, according to the study, holding certain religious beliefs firmly can help people to feel less stress and anxiety and more hope in the face of difficult or traumatic events, thus resulting in less sadness and in a better mood. All of this contributes to sleeping better.

A silver bullet against stress

The main author of the study is Christopher G. Ellison, professor of sociology at the University of Texas at San Antonio. The study, he explains, shows that religion can indirectly promote sleep by protecting people against insomnia risk factors, such as stress.

According to the National Sleep Foundation, people with insomnia tend to be too stressed when they go to bed. They have a hard time falling asleep because they can’t stop thinking about their worries and frustrations. Their psychological stress leads to muscle tension. They aren’t peaceful, and their heart rate rises, which also increases physical tension and fatigue.

Religion can help with these tensions by regularly bringing together people who share common beliefs.

“These joint activities tend to build solidarity among co‐religionists and contribute to a shared sense of meaning and purpose. Interactions with co‐religionists may therefore promote positive cognitions and emotions, thus diverting attention from personal problems and challenges,” the study’s report says. “Moreover, church‐based support may promote the use of positive religious coping practices.” In short, the help people of faith provide each other and the positive attitude with which they face life helps them to be comforted and to avoid insomnia.

“For all of these reasons, it is plausible that regular churchgoers may experience less agitation in the wake of negative life events, and, ultimately, better quality sleep,” the study’s authors conclude.

However, the study found that people don’t necessarily have to be part of a religious community in order to experience reduced stress. Nonorganizational religious practices, such as reading the Scriptures, praying, and meditating, can also reduce stress and make it easier to sleep well, as long as the person feels secure in his relationship with God and in his belief in his own spiritual salvation after death.

“Believers may be unable to comprehend why misfortune has befallen them, but they may nevertheless sleep better at night knowing that the universe is under the watchful eye of a deity who, at the end of the day, remains deeply concerned with the well‐being of the world and its inhabitants,” the researchers say.

Read more:
Is praying good for your health?

Read more:
Got insomnia? Here’s a meditation for when you can’t sleep