A Tolkein biopic is on its way, coming this May 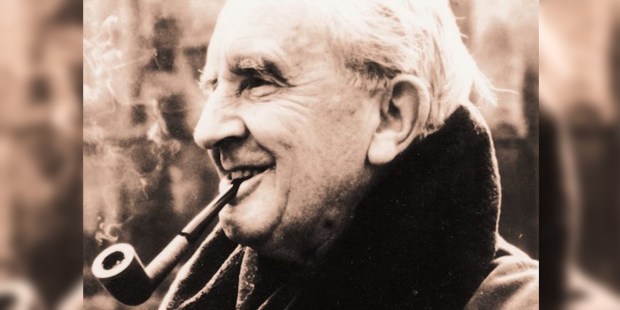 The film will follow the early years of the author of ‘The Hobbit’ and ‘The Lord of the Rings.’

For decades, droves of fans have been enjoying the cinematic adaptations of the works of John Ronald Reuel (J.R.R.) Tolkien, which have become the multi-trilogy franchise by Peter Jackson (The Hobbit and Lord of the Rings trilogies). While this generation is quite familiar with the struggles between man and orc in Middle Earth, few know of the struggles Tolkien experienced that provided the inspiration for his fictional universe. This will change this May, however, when a biopic on the esteemed author is coming to theaters.

Simply titled Tolkien, the film will follow the events of his formative years, when he was orphaned as a teenager and raised henceforth by Fr. Francis Xavier Morgan. Tolkien attended school at Birmingham, where he fell in with a “fellowship” of outcasts and met his future wife Edith. Their romance was put on hold, however, as World War I began and Tolkein enlisted to serve his country.

The title role went to Nicholas Hoult, who is known for his portrayal of Hank Macoy (AKA Beast) from the X-Men films, and more recently the author J. D. Salinger, in Rebel in the Rye. His wife Edith will be played by Lily Collins (The Last Tycoon, Rules Don’t Apply) and in the role of Fr. Francis Xavier Morgan is longtime Star Trek actor Colm Meaney.

Here’s the first images from Tolkien! Can’t wait for you all to see this beautiful story #tolkienmovie @tolkienmovie

In a statement, director Dome Karukoski said of the picture:

“As a lifelong fan of J.R.R. Tolkien’s books, it is a privilege to bring one of the greatest writers in history to life. Tolkien’s works teach us that even when we meet an obstacle the size of Smaug, with the support and fighting spirit of incredible friends, we can conquer monsters and create magic. Not only is that the story of Tolkien’s life, but it speaks to the making of this film. I am incredibly grateful to our crew and cast, including Nicholas who prepared for months. I will treasure this experience always.”