Greece and Orthodox Church are headed for a break-up 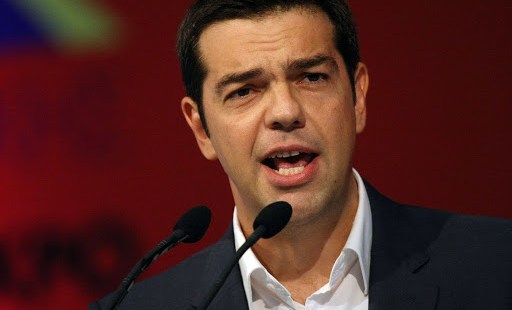 The deal would make the government co-owner of Church property.

The Orthodox Church in Greece has long had a close relationship with the government of the nation. That’s about to change, and many Greek Orthodox clergymen and lay people are not happy.

According to Religion News Service, Archbishop Ieronymos, the Archbishop of Athens and All Greece, and Prime Minister Alexis Tsipras, negotiated a deal in secret to formally break off the close relationship between the Church and the government.

The agreement would strip the country’s 8,000 clergymen of their status as civil servants. For now, the government will continue paying their salaries, but as retiring clergymen are replaced by new priests, the Church will take over responsibility for their pay.

The deal would also make the state co-owner of Church property, giving it the right to lease unused properties, RNS reported. Proceeds from those leases would be divided between the Church and government. The deal also opens the way for the next parliament to revise its constitution to make the Greek state neutral toward religion.

Archbishop Ieronymos has said the deal would protect the Church from politics. “The Church has the economic opportunity to become free and acquire its autonomy,” he said in November.

Greece’s parliament is expected to vote on the agreement this month. Many members of the Church’s Holy Synod, which normally makes decisions regarding Church governance, complain that they were left in the dark as Ieronymos and Tsipras negotiated for three years.

“Orthodoxy was sold out,” Metropolitan Amvrosios of Kalavryta wrote in a recent open letter. “We’re going to lose whatever is left of the ecclesiastical estate. Greek Orthodox clergy should rebel.”

Even the Ecumenical Patriarch of Constantinople, Bartholomew I, who is considered the “first among equals” in the global Orthodox communion, reacted negatively to the deal. He cautioned that it will result in the abolition of religious holidays, allowing other doctrines to be taught in religion class in Greek schools and the removal of religious symbols from public buildings, including schools and courts.

But those provisions are not in the deal, say the agreement’s advocates.

Bartholomew does not have jurisdiction over most of the Church of Greece, which, as one of the world’s 15 autocephalous Orthodox Churches, is self-governing. The monasteries on the island of Mount Athos report to the Ecumenical Patriarchate.

More protest came from the Orthodox on the island of Crete, according to RNS:

On Dec. 10, the Holy Provincial Synod of Crete decided it disagreed with the Tsipras-Ieronymos deal, especially with the change of status of the clergy and the use of the term “religious neutrality” in the constitution.

Sotiris Mitralexis, an expert in church-state relations at the University of Athens, argued that the agreement is mutually beneficial. He said it protects the Church from more draconian cuts later in the event of a new crisis.