Salamanca: The third oldest university in the world is in Spain

The University of Salamanca was an intellectual capital of Europe during the Renaissance and remains a prestigious institute of higher learning today.

Founded by in 1218 by King Alfonso IX, the University of Salamanca is the oldest university in Spain, and the third oldest continuously operating university in the world. In 1254, Pope Alexander IV named the university “one of the four leading lights of the world,” an honor it shared with the great medieval universities of Oxford, Paris and Bologna.

From 1254, when King Alfonso X established three chairs in canon law and one in grammar, arts and physics. until the end of the 16th century, Salamanca was an intellectual capital of Europe, and, historians believe, the birthplace of modern political thought. 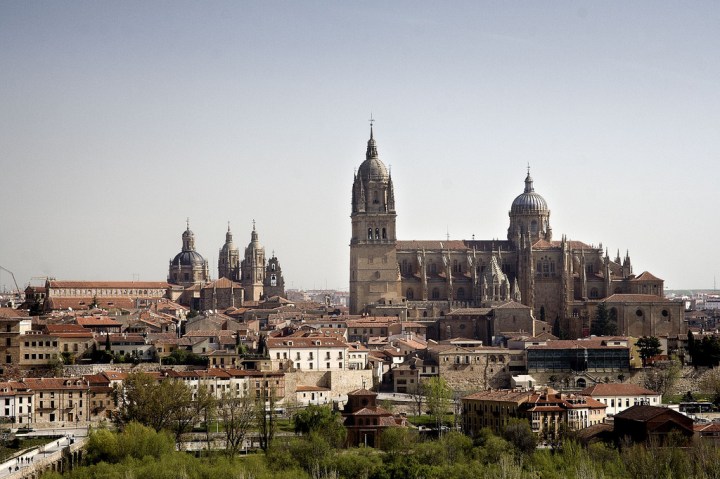 During this period scholars associated with the School of Salamanca led by Francisco de Vitoria (1483-1546) and Domingo de Soto (1494-1560) articulated a new Catholic response to the humanist wave that was sweeping Europe in the wake of the Protestant Reformation and the expansion of the known world through colonization.

It was here that a theology based on the teachings of Thomas Aquinas, embracing the concept of the natural rights of man that included property rights, was born. In 1537, Vitoria delivered a lecture entitled “De Indis,” declaring that indigenous people who had come under the rule of the Spaniards had sovereign rights of their own under natural law. According to historian Anthony Pagden, Vitoria’s lecture was “the first to claim that ‘the affair of the Indies,’ as it had come to be called, was a question neither of the limits of papal jurisdiction, nor of Roman law, but of the law of nature. What was at issue in the prolonged debates over the conquest of the Americas was not the Castilian crown’s sovereignty in America. It was the nature of the rights, and in particular rights of property, which that sovereignty entailed.”

Modern democracies owe much to these Spanish theologians, as the principles upon which they were founded had their basis in their ideas. Lord Acton wrote that, “the greater part of the political ideas of Milton, Locke, and Rousseau may be found in the ponderous Latin of Jesuits who were subjects of the Spanish Crown.”

Today, the University of Salamanca is the top-ranked university of Spain, drawing some 30,000 undergraduate and graduate students from around the world. It is best known for its language studies as well as its law and economics programs.

Backpack-wearing students travel the same narrow cobblestoned streets that medieval scholars trod, and study in the same university buildings made of Salamanca’s famous sandstone that earned it the moniker the “Golden City.”

Take a look at this slideshow featuring images of the University of Salamanca, where past meets present.