When the Virgin Mary wrote a letter to St. Ignatius of Antioch 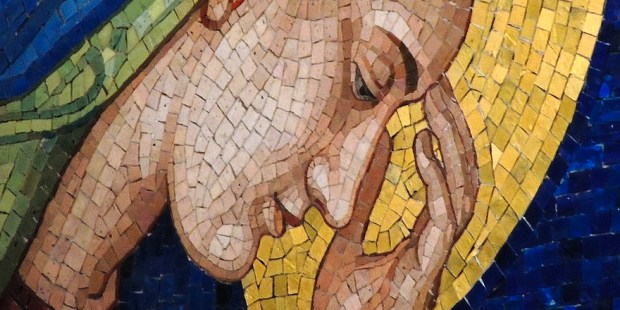 According to tradition, the disciple of St. John the Apostle received a letter from the Blessed Mother.

Did the Virgin Mary write any letters? While there is no conclusive evidence that she wrote anything during her life, there is a tradition that St. Ignatius of Antioch wrote to the Blessed Mother and she replied.

St. Ignatius was born in Syria around the year AD 35 and is believed to have been a disciple of St. John the Apostle. Eventually Ignatius was ordained a bishop of Antioch and became a leading member of the early Christian Church.

There exists no definitive date of the Blessed Mother’s assumption into Heaven, but scholars say it could have been as early as 44 or as late as 55. In either case, Ignatius was most likely alive before the Virgin Mary left this earth and it’s possible he wrote a letter to her. If he was a disciple of St. John (the disciple who took the Blessed Mother into his home), he certainly had a means of delivering his message. He may have even met the Virgin Mary during his life.

Whatever the case may be, the medieval document called the Golden Legend relates the following interchange between the two. First off, St. Ignatius writes to the Blessed Mother.

To Mary the Christ-bearer, her Ignatius. You ought to strengthen and console me, a neophyte and disciple of your John, from whom I have learned many things about your Jesus, things wondrous to tell, and I am dumbfounded at hearing them. My heart’s desire is to be assured about these things that I have heard, by you who were always so intimately close to Jesus and shared his secrets. Fare you well, and let the neophytes who are with me be strengthened in the faith, by you, through you, and in you.

The Blessed Mother was kind enough to offer a response.

To my beloved fellow disciple Ignatius, this humble handmaid of Christ Jesus. The things you have heard and learned from John are true. Believe them, hold on to them, be steadfast in carrying out your Christian commitment and shape your life and conduct on it. I will come to you with John to visit you and those who are with you. Stand firm and do manfully in the faith. Do not let the hardships of persecution shake you, and may your spirit be strong and joyful in God your salvation. Amen.

It is uncertain where these “letters” originated, only that the story was passed down through the years.

Regardless of their veracity, the letters make for a fascinating meditation. We can imagine ourselves in the 1st century and wonder if we would have written a letter to Mary, the Mother of God. She was well known in the early Church and would have been a sought-after counselor, eager to help others to love her Son.