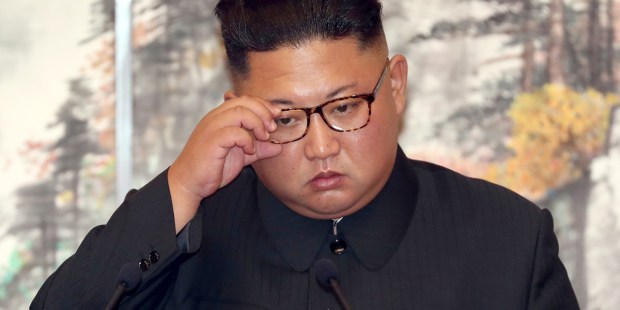 While the US eyes a possible nuclear deal with Kim Jong Un, Christians are subjected to brutal interrogation and imprisonment.

There is a “good chance” of reaching a deal on North Korean nuclear disarmament, President Donald J. Trump said on Sunday. The president said the date and place of a second summit with North Korea leader Kim Jong Un had been agreed.

But the plight of Christians in North Korea remains dismal, an Associated Press report revealed this week.

Defectors’ stories include that of Kwak Jeong-ae, 65, who said a fellow inmate in North Korea told guards about her own religious beliefs and insisted on using her baptized name, rather than her original Korean name, during questioning in 2004:

“She persisted in saying, ‘My name is Hyun Sarah; it’s the name that God and my church have given to me,’” Kwak said. “She told (the interrogators), ‘I’m a child of God and I’m not scared to die. So if you want to kill me, go ahead and kill me.’”

Kwak said Hyun told her about what she did during the interrogations, and Hyun’s actions were confirmed to Kwak by another inmate who was interrogated alongside her. Kwak said she later saw Hyun, then 23, coming back from an interrogation room with severe bruises on her forehead and bleeding from her nose. Days later, guards took Hyun away for good.

Another defector said she only prayed under a blanket or in the bathroom because of worries of being caught. Another, who was jailed after being repatriated from China, where many Koreans took refuge during a 1990s-era famine, described praying silently in his jail cell after a hungry fellow prisoner shared some precious kernels of corn.

“We communicated by writing on our palms (with our fingers),” he told AP. “I told him I was a Christian and asked whether he was too.”

North Korea had a flourishing population of Christians before the 1950-53 Korean War, AP explained, but it has withered amid successive clampdowns against a faith the government sees as a U.S.-led Western threat.

Jung Gwangil, a North Korean defector-turned-activist, and one of the few who allowed AP to use his name in print, said he saw a man praying and singing hymns when they were held together at a detention facility in the northern city of Hoeryong in October 1999. The man was beaten frequently and one day was hauled away, Jung said.

“While leaving, he shouted to us, ‘God will save you.’ I hadn’t encountered Christianity before at the time, and I thought he was crazy,” Jung told the wire service.