A priest will provide the sacraments … on Italian reality TV 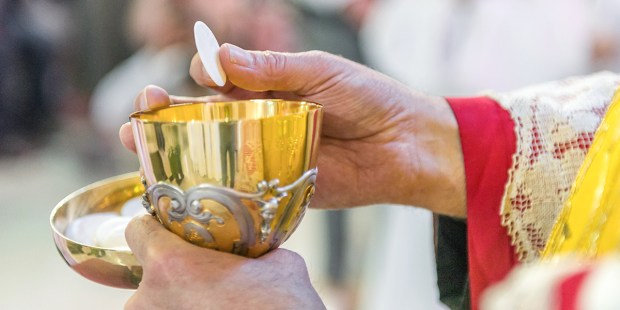 It’s not for show; it’s to fulfill the request of one of the show’s competitors.

A secular reality show is hardly where you expect to see a priest offering the sacraments. However, for the first time, a priest will appear on the next season of the Italian reality TV show Celebrity Island (La Isola dei Famosi, the local version of Celebrity Survivor)—not as a contestant himself, but to provide for the spiritual needs of the participants. This unprecedented presence was announced by one of the 18 competitors, Paolo Brosio, an Italian journalist and TV host.

“You can’t joke about Jesus”

Brosio, a journalist and author, explained that a missionary priest will visit every week to provide confession and communion for Brosio and for whomever else so desires. “You can’t joke about Jesus. He will be the 19th contestant on Celebrity Island,” said Brosio in an interview with Italian news outlet Libero (January 22).

He explained the reason more in depth in an interview with La Nazione (January 24), in which he spoke about his relationship with the faith the night before his departure to the island where the show is produced.

“With my conversion, I made a fundamental life choice, based on values such as prayer, the Faith, and solidarity,” Brosio said. “I carry those values to the Island as the Word of God. As part of my contract, I requested to have a place for prayer, to have my faith-related books, and the Rosary. Every week, a priest will come to the island to hear my confession and the confession of anyone else who wants it, and he will bring Communion with him.”

Brosio also explained that there’s a noble motivation behind his participation in the show: he’s hoping to use the prize money to do a work of charity.

“The opportunity to go to the Island is one I didn’t pass up, because I want to realize my dream, which is to set up a first-aid facility for the Marian sites in Medjugorje, which are dear to me. If I should win the €100,000, I’ll give half to works of charity, and the other half will go to financing the Hospital of Peace.”

Faith, devotion to Mary, and the importance of the sacraments are a side of reality that “reality TV” doesn’t show often enough.

Read more:
What a reality-TV star discovered about faith while battling bulimia