Check out the fascinating symbolism behind this Benedictine cross 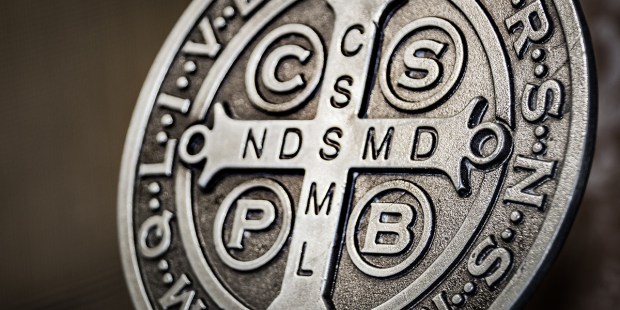 The cross is used in the Benedictine coat of arms and has a rich history.

Within the history of the Catholic Church, there have developed multiple variations of the Christian cross. One of them is known as the moline cross and is often featured on the coat of arms of Benedictine monasteries.

The word moline is derived from the French word moulin, meaning “mill.” It is said that the cross resembles the iron clamp for the upper part of the millstone. Its equal-armed shape is said to represent justice and was often used by judges and magistrates on their coat of arms.

In addition to its secular use, the moline cross was often used by Benedictines throughout Europe. The Abbey of St. Walburga explains how the moline cross in their coat of arms, “is traditionally used by the Benedictines as a representation of their faith, reflecting that the ‘good sisters’ follow the Faith and the Rule of St. Benedict.”

The cross’ eight points further deepens its religious symbolism, as the number eight is most often associated with the eight beatitudes and the “eighth” day, the beginning of eternal life.