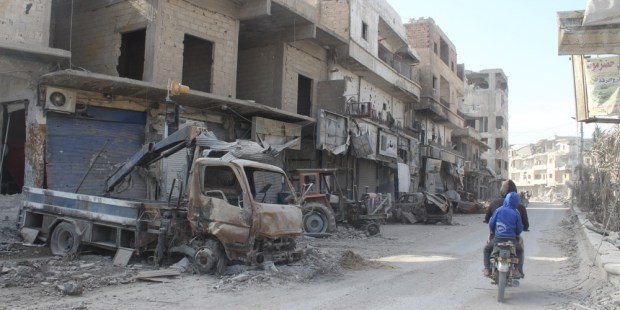 President Trump announced all IS held territories will be liberated as early as next week.

Members of the Islamic State (IS) group and their families are retreating from what little territory they have left as defeat looms over the terror group. BBC reports many people injured and many more hungry as the US-backed Kurdish-led Syrian Democratic Forces (SDF) advances on the final enclave, with no reinforcements left to bolster the IS.

President Trump predicted that all IS held territory will be liberated by the end of the week. At the same time, the president announced the US will begin to pull out of Syria, a decision which was raised concerns with national security advisers that IS will be able to regain a level of control once the US has departed.

He told representatives of the US-led 79-member coalition, which has been working to defeat IS, that while the “remnants” of the Islamic State still pose a danger, he was determined to withdraw US troops. President Trump then called on the coalition to do their “fair share” in the fight against terrorism.

In the meantime, as IS families flee the area, SDF forces are working on an agreement with what remains of IS to see several SDF prisoners freed in exchange for allowing safe passage for IS families to the province of Idlib, in northwestern Syria. The Syrian government does not have control of the Idlib province.

Most of the people emerging from the IS enclave are women and children, who are being detained by the SDF, but reports are also coming in that the IS fighters are fleeing as well.  The fighters include Syrians, Iraqis who fled to Syria when the US-backed Iraqi army drove them out of Iraq, and even foreign fighters who traveled from abroad to join the IS forces. Some of them are taken to detention camps, while others are sent to prison.

BBC reports some of the displaced Syrians have already begun returning to their homes in Hajin, a town which was liberated from IS last month. Unfortunately, the residents of Hajin have found the majority of the town has been destroyed. This is the sad reality for many who return to their homes in the wake of IS occupation.