An initial remedy to break free from a sinful life 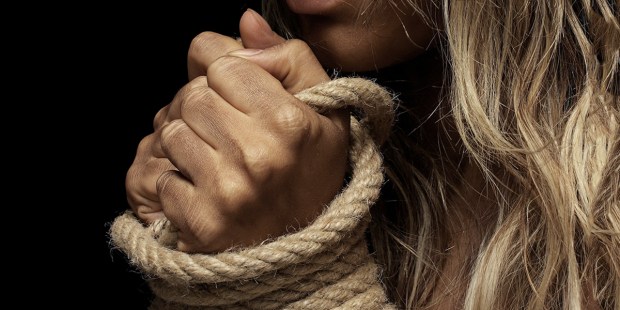 God, rich in mercy, is ready to help you break the bonds of spiritual slavery.

We sometimes don’t think of it this way, but sin actually enslaves us, while virtue frees us.

When we want to do good and follow God’s will, we are weighed down and entrapped by our sins. The slavery can even get to a point of causing spiritual blindness, where we literally cannot “see” that we are sinning, not realizing the damage we are doing to ourselves and the whole of God’s creation.

As Fr. Lorenzo Scupoli describes in The Spiritual Combat,:

When the devil holds a man in the bondage of sin, his chief care is to blind his eyes more and more, and to avert from him everything which might lead to a knowledge of his most wretched condition.

What began as smaller sins suddenly becomes greater and greater sins. Scupoli explains, “from blindness to deeper blindness, from sin to fouler sin, his wretched life will whirl on even unto death, unless God, by His grace, should intervene to save him.”

A simple, yet powerful remedy to break free from this life of sin is to immediately turn to God with your whole heart.

The remedy for one in this unhappy condition is to be ready to give diligent heed to the thoughts and inspirations which call him from darkness to light, crying with all his heart to his Creator.

He then provides the following prayer.

O Lord, help me; help me speedily; leave me not any longer in the darkness of sin.

The prayer is to be repeated over and over again, begging God that his mercy will be poured out upon you.

Furthermore, “let him fly with all speed to the crucifix, prostrating himself before it; and asking mercy and aid also from the Mother of God.”

This prayer of the heart should then be accompanied by the confession of sins in the sacrament of Reconciliation as soon as possible.

It may seem anti-climactic, but this has been the pathway of many saints over the centuries. They were able to begin the road of their conversion after they turned back to God, falling down before him with tears of repentance.

God desires a contrite heart, and as Pope Francis says, he never gets tired of forgiving. Once contrition takes hold within a person, true change can happen.