Why humility isn’t what most people think it is 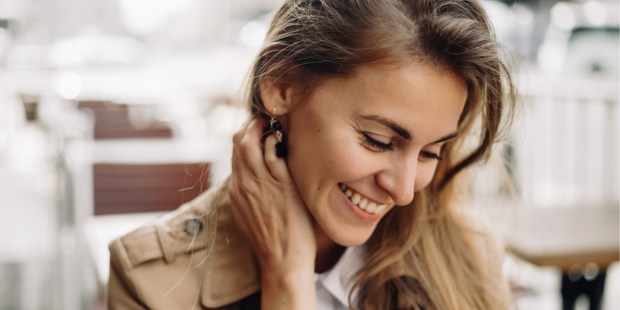 Don’t fall for the misinterpretations of what true humility is all about.

Humility is viewed by many as a virtue of questionable value, because it’s often misinterpreted as constantly putting yourself down or degrading yourself in the presence of others.

Misunderstood humility can be downright dangerous when understood in a way contrary to its original meaning in biblical spirituality and the Judeo-Christian tradition. People with low self-esteem often interpret humility as a form of aggression and disdain towards oneself. It can even be a form of hypocrisy, or an excuse for laziness, when we intentionally underrate ourselves. We avoid the difficulty of achieving our full potential by denying that we are even capable of it.

What humility is not

Humility shouldn’t be confused with low self-esteem, timidity, feelings of inferiority, or self-degradation. While being humble requires acknowledging our own difficulties, shortcomings, and limits, it doesn’t mean making a show of them. Humility means living in the truth, accepting that we aren’t perfect. Humility isn’t about putting ourselves down, but about realism. Many people think they’re humble, when in reality, they’re constantly talking about how unfortunate and low they are, focusing entirely on themselves, which is a hidden form of pride.

True humility doesn’t mean looking constantly at our own smallness and comparing ourselves to others. Making these comparisons means constantly turning towards ourselves and only seeing others as a threat. Humble people don’t need to feel that they’re better than others. At the same time, they neither constantly yield to what other people want, nor let themselves be oppressed; they simply have a broad and profound perspective on reality, in which they see their own place without having to debate who’s better or worse off. Humility isn’t a virtue to be conquered to achieve self-perfection, which actually often leads to pride; rather, it’s about recognizing the truth about yourself, and being at peace with it.

The common phrase “in my humble opinion” is nothing but disguised pride. When humility makes itself explicit, it’s no longer humility. When someone says, “I’m really just a humble person,” they aren’t being humble. Humility doesn’t announce itself; it’s practiced in silence. If someone is humble, other people can tell, but nobody can label themselves as “a humble person.” This is why humble people often don’t stand out; they don’t seek publicity—especially not to promote themselves as “humble.”

Contemporary psychology uses the term “authenticity” more than humility. It means living the truth about oneself, being honest with oneself and others. Humility is a sign of psychological and spiritual maturity, and of interior freedom. Rather than a series of behaviors we must adopt, humility is a way of being and of relating to others. It is characterized by the way a person accepts himself and values himself.

In Christian tradition, humility is about centering our lives on God and not on ourselves. It means accepting that we aren’t the center of the universe, and that the world doesn’t revolve around us. Humility was understood by the ancient masters of Christian spirituality as a valiant self-knowledge that makes us more human and more aware of our own smallness and limitations, without pretending to be something we aren’t. Indeed, St. Augustine said that “all humility consists in knowing yourself.”

However, humility isn’t resignation. St. John Chrysostom described humility as “the mother of all virtues,” as their foundation and root, because we can only forge virtue if we first recognize and accept in what areas we are weak and need to grow. Humble people want to improve themselves, and can do so because they don’t lie to themselves or to others; they live in the truth. They aren’t proud, because they recognize their defects willingly; they aren’t pessimists, because they believe they can change in response to God’s call to holiness and with the help of His grace. Not being afraid of seeing and acknowledging our mistakes makes us capable of growing and maturing.

At the same time, truly humble people rejoice in the good of other people and in the greatness that surrounds them. They are completely free from inferiority complexes and from the need to compare themselves to others. Humble people are free; they don’t have an urgent need for praise, recognition, or applause for their virtues, because they know who they are and that they have worth.

True humility, therefore, is a source of confidence, courage, and freedom. Humble people don’t go begging for recognition and don’t get discouraged when they don’t get it, because their happiness doesn’t depend on other people’s opinion. By contrast, proud people are very sensitive to criticism and are easily wounded and discouraged. Chesterton considered humor as the natural foundation of humility, because those who can laugh at themselves are free of all pride.

Humble people have a good effect on those around them

Being truly humble and living authentically makes other people feel comfortable. They know they don’t have to walk on eggshells because humble people aren’t always defensive or trying to impose themselves on others. Humble people know how to recognize when they are wrong, ask forgiveness, look for help, and publicly acknowledge their own mistakes. They’re easy to be around because they don’t feel the need to impose their opinion or to be right all the time. They aren’t afraid of criticism, because they don’t need to protect a false image of themselves. Humble people are grateful, able to recognize other people’s generosity, and they are empathetic, knowing how to be compassionate with other people’s shortcomings.

In short, far from making us negative, unproductive people who denigrate themselves and never realize their potential, true humility makes us more human, free, mature, compassionate, and grateful.

Read more:
12 Steps to get some of the humility our world so badly needs

Read more:
15 Thoughts from the saints that will make you actually love humility