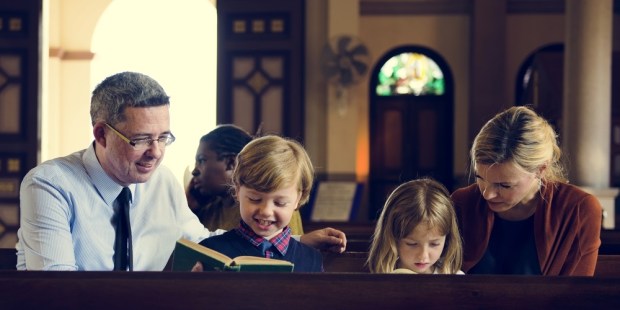 In the US in particular, religious observance has been found to be a key factor in emotional well-being.

A new analysis of cross-national surveys conducted since 2010 has found that people who are active in a religious community are more content, report better health, and are more likely to engage in civic activities than those who are religiously unaffiliated or inactive in their faith. The studys come from Pew Research Center, the World Values Survey Association and the International Social Survey Programme, examining date taken from the U.S. and 24 other countries.

In order to determine whether it is the affiliation or participation that affects the health, happiness, and civic engagement of an individual, participants of the studies were broken into three categories: “actively religious,” “inactively religious” and those who are religiously unaffiliated, or “nones.” The participants were then examined against eight different indicators of individual and societal well-being available from international surveys conducted over the past decade.

The analysis found a clear link between happiness and regular attendance to religious services. As many as 36 percent of “actively religious” people identified themselves as “very happy,” while in both the “inactive” and “none” categories only 25 percent reported the same. While these numbers all seem rather low, the difference between the “actives” and the others is a margin of 44 percent, showing an obvious trend towards happiness in those who attend services regularly.

The study also found a clear connection between the “active religious” and participation in society. As many as 58 percent of “actively religious” adults said they were involved in at least one secular voluntary organization, including charity groups, sports clubs or labor unions. Only about 51 percent of “inactives” reported the same voluntary inclinations and the percentage fell to 39 percent for “nones.”

The “actively religious” are also more likely to vote in a national election than others, reporting 69 percent of active churchgoers reach the polling booths, while “inactives” drop to 59 percent and “nones” fall to 48 percent. Pew notes that the U.S. could be in danger of declines in societal well-being, as their levels of religious engagement have been falling.

The analysis of health measures was the most varied of the study. Overall the “actives” are more likely to avoid some behaviors that are sometimes associated with sin, such as smoking and drinking. About 96 percent of “actives” surveyed say they do not frequently drink (multiple drinks per week) and 85 percent said they do not smoke.

An active religious lifestyle, however, does not seem to have any bearing on regular exercise or levels of obesity, as both indicators were too close in all three groups to determine a trend. However, while there does not seem to be a statistical connection between religious observance and reporting better health, of the 25 countries studies, only the “actives” of Mexico, Taiwan, and the U.S. were more likely to report themselves as “very healthy.”

Pew suggests that there is more research needed in order to find the exact nature of the connections between religious participation, happiness, civic engagement and health:

While the data presented in this report indicate that there are links between religious activity and certain measures of well-being in many countries, the numbers do not prove that going to religious services is directly responsible for improving people’s lives. Rather, it could be that certain kinds of people tend to be active in multiple types of activities (secular as well as religious), many of which may provide physical or psychological benefits.