7 Famous authors who overcame struggles to read and write 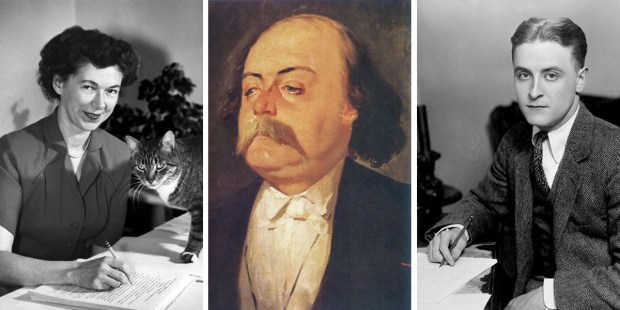 If your child has a hard time reading and writing, take heart!

There is enormous pressure to not let your child fall behind in reading and writing. And if he’s already behind, the fear is he’ll never catch up. No one wants their child held back for a year or put into a remedial reading group that may make him vulnerable to bullying. The anxiety is understandable — after all, parents want the absolute best for their children, including academic success.

It may be, though, that the push to learn to read and write at an early age is intellectually damaging some of our children. We figure that, if it’s good to read in first grade, it’s even better to read in kindergarten. Some children are ready and eager to read at that age. On the other hand, some children aren’t developmentally ready yet, and by pushing them into reading too soon we’re setting them up for a lifetime of frustrated animosity towards learning.

In fact, in places like Finland, teachers aren’t allowed to start teaching kindergartners literacy unless the child specifically asks. Instead, the teachers spend their time with the students helping them develop pre-literacy skills through singing rhymes and clapping out syllables. The goal is to instill in the children a joyful interaction with learning and school. What we learn with joy, we retain.

Children all learn at their own pace; some read early, some late. This could be for a number of reasons ranging from simple lack of interest all the way to serious learning disabilities. However, as long as they don’t give up, late readers typically catch up with their peers. Struggling to read at a young age doesn’t mean a child isn’t inclined towards a lifetime of love for literature. For encouragement, here are seven famous authors who, for various reasons, were late readers and writers.

Agatha Christie, who created and wrote about the detective Hercule Poirot, was actually not a slow reader at a young age. She was, however, a horrible speller and struggled mightily with handwriting. Her troubles probably sprang from a form of dyslexia, and she reportedly admitted, “I, myself, was always recognized … as the ‘slow one’ in the family … Writing and spelling were always terribly difficult for me.” She never outgrew her struggles with spelling, and as an adult she would often dictate her books so she didn’t have to write.

Yeats is one of the most influential Irish poets and playwrights of the modern era. He was a slow starter, though, and says, “Several of my uncles and aunts had tried to teach me to read, and because they could not, and because I was much older than children who read easily, had come to think, as I have learnt since, that I had not all my faculties.” Yeats remembers how frustrated his father was; “My father was an angry and impatient teacher and flung the reading book at my head.” He eventually learned to read, and went on to win the Nobel Prize in Literature in 1923.

F. Scott Fitzgerald struggled so badly at school that his teachers kicked him out at the age of 12. He never finished his homework and had a great deal of trouble with spelling. Even as an adult with a gift for storytelling, his writing was poor. After reading a typo-filled version of his novel, This Side of Paradise, a literary critic called it, “one of the most illiterate books of any merit ever published.” Based on his behavior, Fitzgerald may have struggled with Attention Deficit Disorder. He persevered and now, ironically, millions of high school students read his book, The Great Gatsby.

George Bernard Shaw hated school, irregularly attended, and dropped out as soon as he could. Later in life he compared school to a prison, “in which children are kept to prevent them disturbing and chaperoning their parents.” He had trouble focusing and adapting to a structured learning environment, preferring to work at his own pace. He turned out to be prodigious and was a highly successful essayist and playwright.

John Irving, whose screenplay for The Cider House Rules based on his own novel won him an Academy Award, still reads using his finger to follow the words. His teachers in school regarded him as “lazy” and “stupid.” He was neither, but his reading issues put him in remedial classes. He says it wasn’t until his own son displayed the same slowness with reading comprehension that he understood that his own issues weren’t entirely his own fault.

Gustave Flaubert has written some of the greatest novels in the French language, but as a youth he would burst out crying when his grandmother tried to teach him to read. In spite of the tears, he didn’t give up and by doing extra work was able to catch up with his peers when he was 10. By the time he was 13 he was reading Les Miserables.

In second grade, Beverly Cleary was behind all her peers in both reading and writing. She was motivated to catch up, though, and eventually became so enamored with books that she became a librarian. This is before she became a Newbery Award-winning author of beloved children’s books.

The lesson for children and parents alike? Don’t give in to frustration or defeat, work hard, and a lifetime of literary joy awaits.

Read more:
Is slow-thinking the key to successful learning?