A prayer Pope Francis is praying to end human trafficking 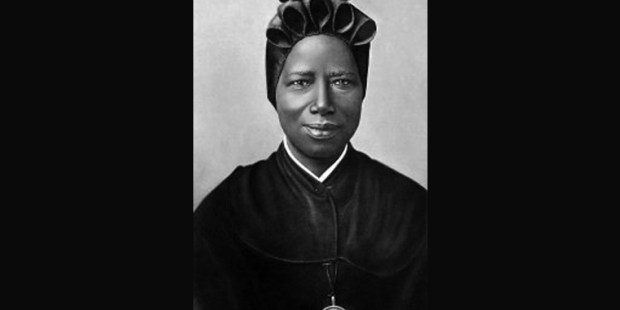 May God Himself free all those who have been threatened, wounded, or mistreated by the trade and trafficking of human beings.

On Sunday, Pope Francis led pilgrims at St. Peter’s in this prayer to St. Josephine Bakhita for an end to human trafficking. He said that all of us “can and must work together to denounce the cases of exploitation and slavery of men, women, and children.”

He also had the prayer printed and distributed to the pilgrims in the Square.

The pope’s prayer recalled the World Day of Prayer and Awareness against Human Trafficking, which takes place on the feast of St Josephine Bakhita (February 8).

Francis’ February prayer intention is also dedicated to this theme.

The pope insisted, “Prayer is the force that sustains our common commitment” to ending trafficking.

Here is the prayer:

St Josephine Bakhita, as a child you were sold as a slave, and had to face unspeakable difficulties and suffering.

Once you were freed from physical slavery, you found true redemption in the encounter with Christ and His Church.

Saint Josephine Bakhita, help all those who are trapped in slavery.

In their name, intercede with the God of mercy, that the chains of their captivity might be broken.

May God Himself free all those who have been threatened, wounded, or mistreated by the trade and trafficking of human beings. May He bring relief to those who survive this slavery, and teach them to see Jesus as a model of faith and hope, that their wounds may be healed.

We implore you to pray and intercede for all of us: that we not fall into indifference; that we may open our eyes and look upon the miseries and wounds of so many brothers and sisters deprived of their dignity and freedom, and hear their cry for help. Amen.