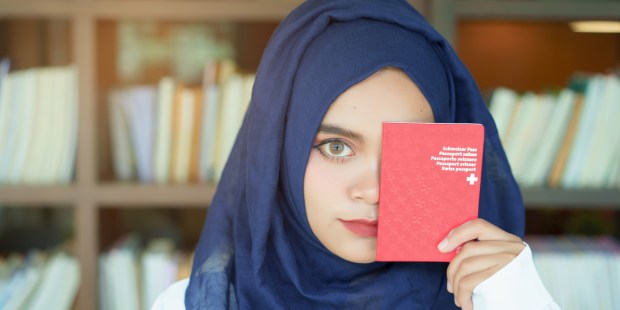 Muslim groups and Green Party are opposed to the ban

Switzerland is famous for its neutrality during wartime. Now, citizens of Geneva, its second-most populous city have decided to impose a particular kind of neutrality on its elected officials.

The city’s new new “secularism law,” which voters approved in a plebiscite Sunday, will among other things ban elected officials and public employees from wearing visible religious symbols.

More than 55 percent of voters in the Swiss canton backed the law, according to Agence France-Presse. AFP explains:

The new law’s stated ambition is to expand the dialogue between religious groups and the state, and to better define the limits to religious expression in the public sphere.

Supporters say it will help clarify existing principles in the Geneva Constitution to protect the religious freedom of believers and non-believers alike.

The law has the backing of several major religious groups, including the Catholic Church, but is opposed by Muslim groups.

“Critics claim the law will have an oppressive and discriminatory effect, with some condemning it as Islamophobic and warning that Muslim women who wear a headscarf are being targeted,” AFP reported.

There are already legal challenges to the law. One comes from the Geneva Evangelical Network, which is protesting a provision in the text that would ban religious gatherings in public. The other has been lodged by the Green Party against the ban on elected officials and cantonal and local government employees who have contact with the public from wearing visible religious symbols.

“This law goes against the Swiss Constitution and the European Convention on Human Rights,” Sabine Tighemounine, a local elected official for the Green Party who wears a Muslim headscarf, told the ATS news agency Sunday.