5 Christian sites in the ancient city of Ephesus

St. Paul addressed one of his letters to the Ephesians, and the Apostle John lived there with Mary until her Assumption.

Ephesus is an ancient city in present-day Turkey that is of immense importance for Christians today.

St. Paul addressed one of his letters to the Ephesians and the local church there was one of the seven churches mentioned in the Book of Revelation. Ephesus is also the site where the Apostle John lived with Mary until her Assumption. He also is believed to have written his gospel while staying in the city, sometime near the end of the first century.

Ephesus continued to be of great importance into the early centuries of the Church. The third ecumenical council was held there in 431 and led to important dogmatic declarations, including the identification of Mary as Theotokos, or Mother of God. The city also was the scene of an illegitimate council in 449, which tried to uphold the Monophysite heresy—that Christ had one nature, rather than being fully human and fully divine. (That heresy was repudiated at the Council of Chalcedon in 451.)

Today, the ruins of Ephesus contain a number of important sites for Christian pilgrims. They include the Church of Mary, the Basilica of St. John, the Cave of St. Paul, and the House of Mary. Thanks to The Ephesus Foundation USA, a a non-profit organization dedicated to the restoration of and education about historic and religious sites in Ephesus, Turkey, which kindly gave us permission to use their photos.

View the slideshow to learn about each Christian site at Ephesus: 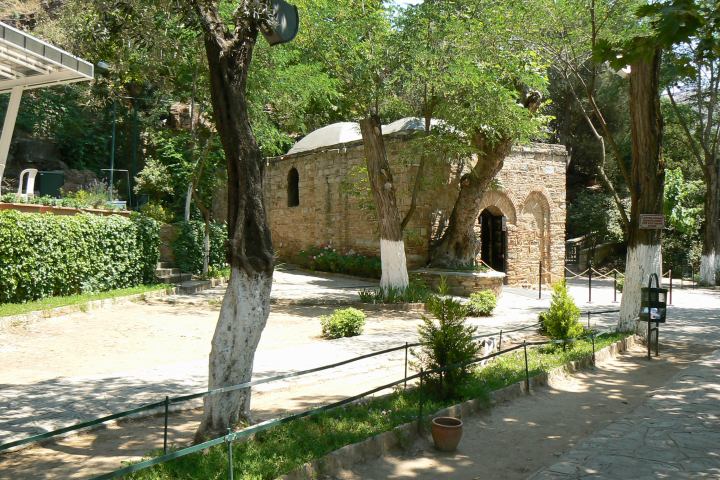