Exorcisms in medieval art: The devil’s in the details

The Bible devotes relatively few passages to the devil, never describing his looks.

We are all relatively familiar with some of the most famous depictions of the devil. In Paradise Lost, Milton presents him as dwelling “in bottomless perdition, in adamantine chains and penal fire.” In the Divine Comedy, Dante gives the devil three faces and a pair of bat wings under each chin. But interestingly, the Bible devotes relatively few passages to the devil, never describing his looks. And even if the serpent who tempts Eve is commonly associated with Satan, some theologians and biblical scholars argue demonology was developed later, since passages explicitly alluding to Lucifer’s fall are found in prophetic and sapiential (“wisdom”) literature, specifically, in the books of Isaiah, Ezekiel, and Job.

In any case, whereas alleged early images of the devil would present him in a more angelic fashion, by the early Middle Ages the devil is already portrayed with a clearly demonic appearance, with animalistic features and other traits “imported” from other traditions (mainly Babylonian and Canaanite, from which the devil “inherited” its wings) but, mainly, from pagan antiquity. The more Christianity took root in the Roman world, the more early believers associated the pagan pantheon with evil spirits. Among all these pagan gods, Pan was the one who could be more easily associated with the devil, not only because of his lusty misconduct, but also because of his hybrid (half goat, half man) nature. His being half-beast was understood as the byproduct of a willful renunciation of his more elevated (that is, angelic) nature.

In these medieval images depicting exorcisms, all these devilish traits can be observed. Go through the slideshow to identify them all. 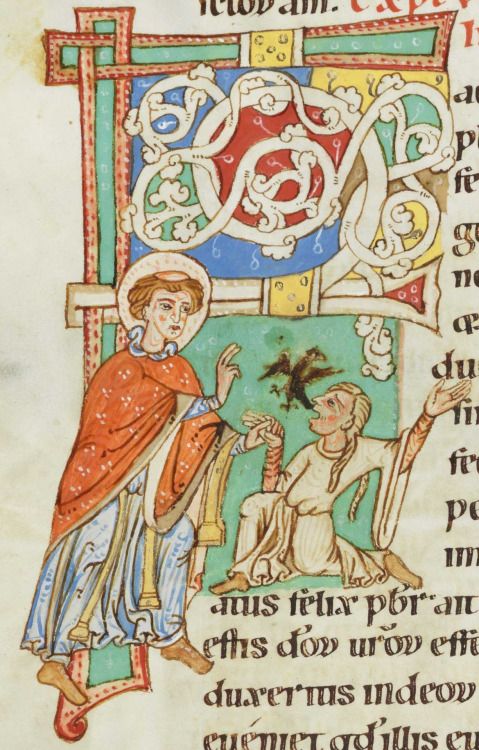