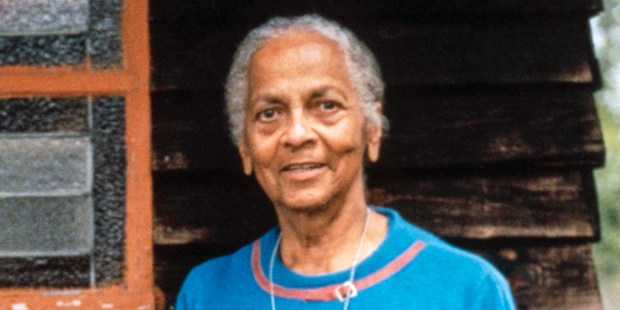 Meet Dr. Lena Frances Edwards, an advocate for women, the unborn, the poor, immigrants … and above all, a mom and woman of faith.

Lena Frances Edwards was born in Washington, D.C., on September 17, 1900. Her father, Thomas Edwards, was a dentist and an oral surgeon. Her mom, Marie Coakley Edwards, was a homemaker. They were African-Americans and devout Catholics.

Lena’s mom devoted her time to instilling the faith into her four children. Teaching them civic responsibility, developing personal self-worth, and a philosophy she called “Lift as you Climb,” Marie Edwards left no stone unturned in doing her best to raise well-rounded youngsters. In 1917, Lena graduated at the top of her class at Dunbar High School and was the valedictorian. Mom had taught her well.

Lena then attended Howard University and earned her baccalaureate in three years. She moved on to Howard University Medical School and graduated from there in 1924. While in medical school she and a fellow student, Keith Madison. They became a couple and upon graduation they married. Between 1925 and 1939 they would have six children.

Following her mom’s example, Lena raised them with their Catholic faith always at the forefront of all they did.

After completing their internships at Freedman’s Hospital in Washington, D.C., Lena and Keith moved to Jersey City, New Jersey, to establish their medical practices. During Lena’s early years of practice she had to work from home and delivered most of her patient’s babies from the small clinic she had set up there.

It was during this time that she also became a public speaker about women’s health issues and an advocate for natural childbirth. She was also a staunch defender of life, from conception and on. She spoke about public health and social issues at local churches and the YWCA. She helped organize the People’s Charitable League, which included a day-care center which she provided with ongoing medical visits.

Her career changed when she was granted admitting privileges to Margaret Hague Hospital in Jersey City. Unfortunately, because of her race and her gender, she was prevented from being given a residency in obstetrics and gynecology until 1945. When she finally decided to sit for the National Board Examinations, she had to fight to garner the necessary hospital endorsements. Obstacles to her advancement were always in front of her, and with prayer and grit, she always seemed to knock them down.

In 1954, Dr. Edwards returned to Washington, D.C. and took a position at Howard University teaching obstetrics. In due time she was offered the job as a department chair, but she rejected the offer because of her strong objections to abortion.

While in Jersey City, she had focused on treating the poor Eastern European immigrants. Now, in the nation’s capital, she turned her attention to working with poor African-Americans. She became part of the Urban League, the National Association of Colored Women’s Clubs, the Social Work Advisory Committee, and the Catholic International Council. She also served on boards for unwed mothers and local maternal welfare organizations.

In 1960, Lena moved to Hereford, Texas, to help in starting Our Lady of Guadalupe Maternity Clinic for poor Mexican migrant women. She served here until 1965 when a heart attack cut her career short. She went back to Washington and resumed work at the Office of Economic Opportunity and Project Head Start. She retired in 1970, her heart too weak to continue working.

During her life, Dr. Lena Edwards was foremost a devout and ardent Catholic woman. In 1947, she became a member of the Third Order of Saint Francis. Her son, Thomas, joined the Franciscan Friars of the Atonement and was ordained a priest in 1962. He was the first African-American priest to be ordained in the Society of the Atonement.

In 1964, Dr. Lena Frances Edwards was awarded the Presidential Medal of Freedom, the government’s highest peacetime honor, recognizing her lifetime of work and service for those in need. She continued to lobby against abortion and programs that she felt demeaned and hindered the progress of the poor.

Dr. Edwards, always fortified by her Catholic faith, overcame many obstacles of prejudice and discrimination that were so prevalent for the whole of her life. She passed away in Lakewood, New Jersey, on December 3, 1986.