A short history of the humble pew 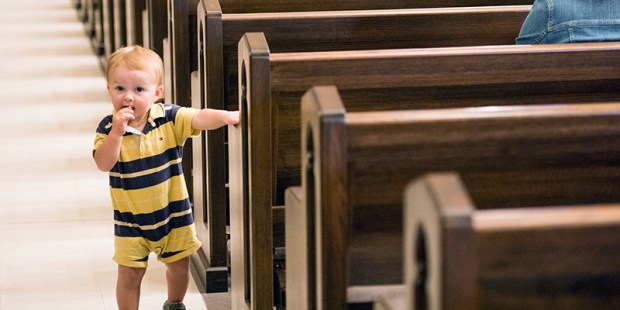 Churches did not always have seating. How it has evolved says a lot about how we’ve practiced Christianity.

If we were to walk into a church and find it completely devoid of seating, we would assume that the pews had been taken out for renovation. Pews have become so commonplace that we tend to take them for granted.

But church seating is a relatively recent innovation. Until the late Middle Ages, the naves of churches were not fitted out with seating. Worshipers either stood or knelt or sat on the floor. Some brought their own seating, as if to a free concert in the park. Many churches in the East, especially Orthodox churches, still do not have pews, as standing is the norm for most of the liturgy.

What really solidified the use of pews, however, was the Protestant Reformation and the concomitant rise of the sermon as the centerpiece of the liturgy. If a sermon went on for a considerable length of time, churches could not expect their parishioners to stand through it.

Churches came to find that parishioners were willing to pay for their own private pews, especially if their seats were in prominent places within the church. This was a handy source of funds for building and maintaining church structures. It even got to the point that particular seating areas were regarded as real estate, complete with deeds and titles and the ability to hand the property down to heirs. Pews were enclosed in “pew boxes” and locked up when not in use.

But that meant that many worshipers who could not afford to buy pews were shut out of church for lack of space. This led to modifications in church architecture, such as side balconies, and a church building boom in England in the 19th century.

Another practice that became common was the renting out of pews, also a source of income for the church. Churches in the United States especially liked this option, as they were not supported by the state, as churches were in many parts of Europe.

These practices have fallen by the wayside, and today the focus is often on how to get the pews filled up again.