Four missions and and a ranch built in the 18th century by Franciscan monks served as a stage for crucial moments in Texan history.

Texas is famous for its many natural wonders, from the Rio Grande to the Guadalupe Mountains National Park. But scattered around the shrub-covered, dry plains just outside San Antonio lies one of the most important Catholic complexes in the US. 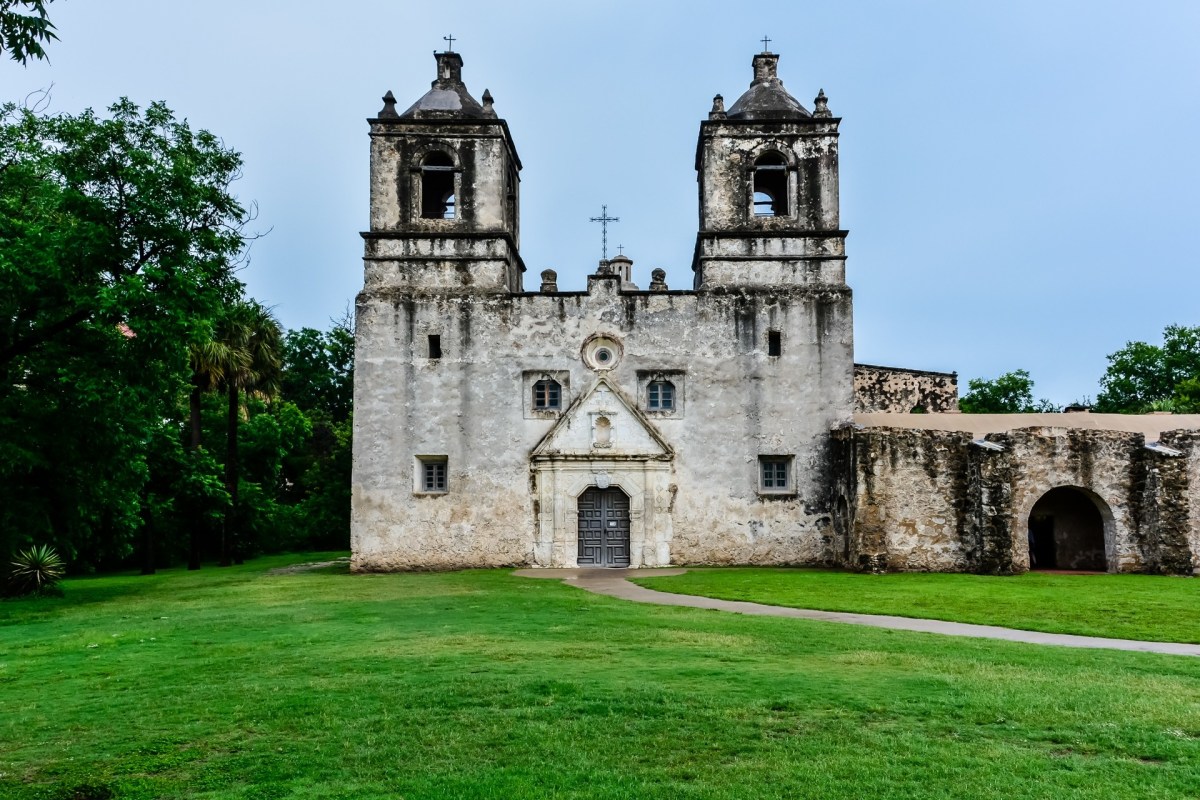 San Antonio was in fact an important outpost for early Catholic missionaries. The first missionary group to reach this part of southern Texas was composed of a few Franciscan monks who arrived in the area 1691, on the feast day of St. Anthony of Padua (June 13), and named their small settlement after the Franciscan saint.

However, it was not until 20 years later that the Spanish viceroy allowed the settlement to be expanded into a full-fledged mission. In 1716 the Spanish viceroy gave permission to the governor of “Coahuila y Tejas,” a Spanish colony that encompassed parts of modern-day Texas, to build two missions and a bridge across the San Antonio River.

The first mission was called Misión de San Antonio de Valero and is today referred to as “The Alamo.” Built according to both Spanish Catholic and local Coahuila design, the complex was designed to host a church as well as an educational space to teach the Christian faith to locals. In 1792, the Misión was secularized and eventually abandoned. But its fate turned around some decades later when it became the stage for one of the most important historical events in Texas history.

In the 19th century, San Antonio mission was in fact turned into a Spanish military outpost, and later became under Mexican control after Mexico gained independence from Madrid in 1821. And in 1835, the Alamo, as it was then referred to (perhaps because of nearby cottonwood trees, which are called alamo in Spanish), turned into the site of the famous Battle of the Alamo — an important chapter of the Texan war of independence from Mexico. In December 1835, a group of Texans took control of the Mexican fort and seized control of the surrounding San Antonio territory, but were eventually defeated by Mexican troops; Americans like Davy Crockett and Jim Bowie were killed. The Alamo kept switching from Mexican to Texan control for the next few decades until, in 1841, the newly established Republic of Texas passed a bill allowing for the Alamo to return to the Roman Catholic Church.

However, the onset of the American Civil War in 1861 turned the Alamo back into a war site, as it was used as a military fort by the Confederate Army. The Confederates abandoned the complex in 1876 and in 1883 the Catholic Church sold the chapel to the State of Texas.

It wasn’t until 1960 that The Alamo was turned into a National Historic Landmark, becoming one of the most popular historic sites in the United States.

The second mission outpost in San Antonio was a military fort, the Presidio San Antonio de Bexar, “designed to protect the Misión de San Antonio from foreign attacks. The two complexes were connected by the “Acequia Madre de Valero,” a 6-mile-long irrigation ditch that supplied water to both structures.

All of San Antonio’s buildings were crafted according to Spanish design and built by local workforce. The result was a series of colonial buildings that interweave classic Spanish colonial architecture with Coahuiltecan design elements like nature-inspired motifs.

Today, the mission complex known as San Antonio spans an area of 22 miles, and was turned into a UNESCO World Heritage site in 2015. It includes, in addition to the Alamo and the Presidio, four mission churches: Mission Concepcion, Mission San Jose, Mission San Juan, and Mission Espada. As observed by Susan Snow, an archaeologist from San Antonio Missions National Historical Park, the UNESCO award attests to the way San Antonio missions embodied the multi-cultural DNA of Texan heritage. “These Missions are a living example of the interchange of cultures bringing together the indigenous, Spanish, Mexican, and other influences that form South Texas today,” Snow told the Houston Chronicle in 2015.

All four missions still contain active Catholic parishes that hold regular Mass services. Ranger-lead visits can be arranged by contacting the visitors center. They usually run at 10 a.m., 11 a.m., 2 p.m., and 3 p.m. from Monday to Sunday.