The fascinating story of two St. Dominics and a faith-filled mom 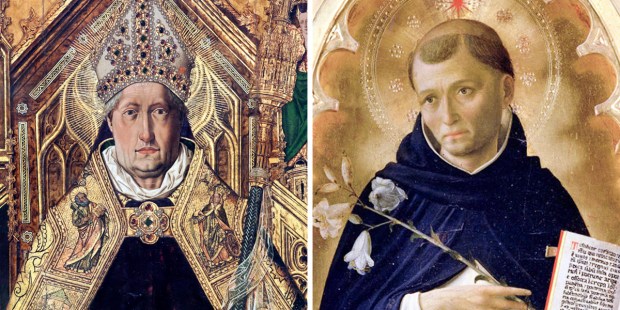 We are familiar with the founder of the Dominicans, but the saint he’s named after has his own lessons to teach us

Dominic of Silos was born in the year 1000 to a family of peasants. Their home was on the Spanish side of the Pyrenees Mountains, in Navarre, Spain. At an early age, Dominic was out in the fields working as a shepherd boy helping his father to manage their flocks. It was during these early years that Dominic developed a love of solitude.

When he was of age (probably his teenage years), he joined the monastery of San Millan la Cogolla and became a Benedictine monk. Dominic was ordained a priest and then appointed the Master of Novices. Soon he was named Prior.

As Prior in the monastery, Dominic came into conflict with the King of Navarre over lands surrounding the monastery. The king insisted these lands belonged to him, but Dominic opposed the “land-grab.” The king drove Dominic and the other monks out of the monastery, and they were forced to flee the area. They eventually settled in Castile.

In 1041 Dominic and his small group of followers settled in Silos. When King Ferdinand I of Leon heard of Dominic’s arrival, he placed him and his band under his protection and allowed them to move into the Abbey of St. Sebastian.

The place was in a state of serious decay and needed much work. Dominic was named Abbot by the king and was fully in charge of their new home. As the new Abbot, he realized that a complete makeover was necessary. He set out to not only restore the physical presence of the monastery but also the spiritual lives of the monks. Dominic and the other monks (in the beginning there were six) immediately got busy refurbishing the monastery.

Under Dominic’s leadership, the cloisters were rebuilt and a scriptorium was added. This addition turned the monastery into a place of learning and knowledge. There was a gold and silversmith shop added and this brought in needed funds to help the monks in their charitable works. He preserved the Mozarabic Rite (a variant of the Latin rite), and the monastery became one of the centers of the Mozarabic liturgy. Within the walls of the monastery, work also moved forward in the preservation of the Visigoth script of ancient Spain.

Lastly, Dominic was dedicated to ransoming Christians from the Moors. He solicited donations from the wealthy, and Dominic was personally instrumental in freeing more than 300 prisoners.

At the time of Dominic’s death on December 20, 1073, the monastery had been turned into a center for scholarship, learning, and liturgical preservation but also a place of rescue and safety. The number of monks active in the monastery had grown from six to 40.

But there is a miraculous sidebar to Dominic’s story. Joan of Aza (also known as Jane) lived about a hundred years after Dominic of Silos. She and her husband Felix had four sons and a daughter. When the two oldest boys were grown, Joan journeyed to the Abbey at Silos, and she prayed to St. Dominic for another son. Tradition has it that she had a dream in which St. Dominic appeared to her and told her that she would have another son and that he would be a shining light to the Church.

When the child was born, Joan named him after the saint she had prayed to, St. Dominic of Silos. He grew up and became St. Dominic de Guzman, the legendary founder of the Order of Preachers, the Dominicans.

Joan of Aza was beatified by Pope Leo XII in 1828.

St. Dominic of Silos is remembered with a feast day each December 20.

St. Dominic of Silos, St. Dominic de Guzman, and Blessed Joan of Aza, pray for us!