Ignatius Press: Providing religious and philosophical fuel for the mind for 40 years 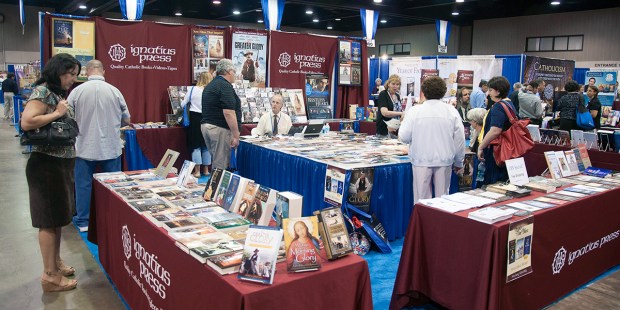 “The first defense of the faith is in the order of mind.” – Fr James V. Schall, S.J.

At the tail end of 2018, Ignatius Press celebrated its 40th anniversary at St. Mary’s Cathedral in San Francisco, where several of the publishing house’s authors recalled and praised the many books and initiatives that have been released through their storied history. Since its inception, in 1978, Ignatius Press has published over 2,000 titles by several hundred authors and distributed about 39 million books. Ignatius Press is also involved in a number of other ventures, including videos, home and online schooling, periodicals, liturgical music, novels, and  websites such as Catholic World Report.

Ignatius Press was founded by Father Joseph Fessio, S.J., a man of vision who has acted as director for the entire life of the agency. Fr. Fessio’s aptitude at spreading the wisdom of the faith through the written word has been influenced by the tutelage of Joseph Ratzinger (Pope Benedict XVI) in Germany and a friendship with Henri de Lubac, S.J., in France. Along with his good work forging Ignatius Press into a first-class publishing house promoting all things Catholic, Fr. Fessio has also sponsored a seminary in Rome and an orphanage in Mexico, and even developed some housing solutions for the poor.

Ignatius Press was started in a small space provided by the Carmelite Sisters in San Francisco. The space allowed by the Carmelites worked fine for many years, but as the press grew and expanded, it was eventually relocated to a renovated firehouse in San Francisco, where it does business today. Visitors to the firehouse note that the staff keeps a monastic routine, reciting the Angelus and often celebrating Mass for the employees.

In a recent piece for Catholic World Report, James V. Schall S.J. placed Ignatius Press atop a list of the most influential sources of Catholic intellectual discourse over the last 40 years. Other candidates included Thomas Aquinas College, the Focus Movement, the Cardinal Newman Society, the Philosophy Department at the Catholic University of America, First Things, George Weigel, and EWTN.

They are physically good to hold. Their print is easy to read. The editing is always careful. The reader can be sure that there is an argument to be made, a point to be considered that gets to the heart of some basic issue. I recall Father Fessio saying to me years ago that we never know who will read a book. A book is thrown out there into the world, searching, as it were, for a reader. We never know who, if anyone, will ever read it or when or where, or in what language. Book publishing is both an act of faith and a throwing of the dice.

In proper Catholic fashion, and one befitting a religious publishing house, Ignatius Press has kept a humble profile. This approach has allowed them to publish both standard and controversial titles without bringing down the wrath of bad press or social media outrage. The company has produced a wide variety of books, which Schall notes are “physical objects and records of a mind.”

On its website, Ignatius Press says its mission is “to collaborate in the evangelizing, catechetical, liturgical, and educational work of the Catholic Church, through the publication and distribution of Catholic print, video, and audio materials, especially books and films, as well as through the internet and social media.” The dedicated staff of this publishing house has accomplished this mission that, in the apt words of Fr Schall, reminds everyone “that the first defense of the faith is in the order of mind.”