The best places to see the Aurora Borealis 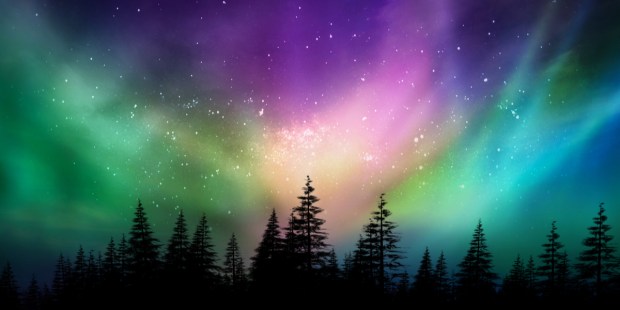 One of nature’s best light shows can be elusive, but also very rewarding.

Click here to launch the slideshow
Every once in a while, an alert will go out to subscribers of SpaceWeather.com that unusually abnormal activity on the sun’s surface will likely produce strong auroras, which may be visible even at latitudes where the Northern Lights are a rarity.

But for those who live in the lower latitudes and really want to experience those mysterious light shows of the night, a trip to the North Country is in order.

There’s been a boom in Northern Lights tourism over the past decade or so, and options for Aurora chasers have multiplied, from glass igloo villages where tourists can lie in bed to watch the phenomenon to reindeer-driven sleigh rides across the Scandinavian snowscape.

Though the shimmering curtains of neon light are seen in the middle of the night, it is the sun itself that is ultimately responsible for the show.

“Basically the sun burps a piece of itself into space,” Trond Trondsen, an aurora expert in Calgary, told the New York Times recently. “And these are particles—electrons, as well as a piece of its own magnetic field.” Earth’s magnetic field eventually draws the particles toward the North and South Poles. “It’s when these electrons hit our atmosphere that you get the aurora,” Trondsen said.

The phenomenon occurs above the magnetic poles of the northern and southern hemispheres, thus the terms “Aurora borealis” in the north and “Aurora australis” in the south. It was Galileo who coined the Latin name for the Northern Lights: Aurora, from the name of the Roman goddess of the dawn, and Borealis, the Greek name for the north wind.

Here are some of the most intriguing destinations for Aurora viewing:

United States. Alaska’s Chena Hot Springs Resort has warm, mineral-rich healing waters that can be a great antidote to the cold that one must usually endure to see the Northern Lights.

Canada. The Northern Lights are reportedly brilliant in Wood Buffalo and Jasper National Parks in Alberta, two of the largest Dark Sky preserves in the world. Churchill, Manitoba, is reportedly the best place to see polar bears, and it’s also far north enough to see the Aurora Borealis. After studying the celestial phenomenon at the Churchill Northern Studies Centre, one can take the NHA’s rolling sleeper-train Tundra Lodge for unparalleled proximity to bears in their natural habitat, coupled with a chance to see the lights.

Greenland. The great island off Canada’s eastern seaboard has minimal light pollution, so it’s a great place to chase the Northern Lights. The Hotel Arctic has igloos on the edge of the Ilulissat Icefjord.

Iceland. Iceland can be a good place to see the Northern Lights, but Charles Deehr, a professor emeritus and aurora forecaster at the University of Alaska Fairbanks’ Geophysical Institute, suggests setting aside enough time to compensate for cloudy skies, as Iceland’s weather can be uncooperative.

“A good coastline road around the country lets you chase clear skies,” photographer Babak Tafreshi wrote at National Geographic. “I have seen my best auroras from Kirkjufell mountain on the west coast.”

Norway. Tromsø, known as “The Gateway to the Arctic,” is is situated in the middle of the auroral oval, the area noted for having the highest probability of seeing the Northern Lights. So there is a wide variety of ways to follow the lights, including a 30-hour fjord, whale-watching, and aurora-spotting tour. The town’s Northern Lights Festival each January features live music and special outdoor activities.

Sweden. The Icehotel, made from ice from the Torne River in Sweden’s Lapland, offers cold room suites with temps from 17 to 23 degrees Fahrenheit, but there are warm rooms, too.

Finland. Kakslauttanen Resort has glass-domed igloos for rent, where tourists can view the Northern Lights while lying in bed.