A small twist in its formulation can go a long way.

The Golden Rule has been considered the cornerstone of the ethics of reciprocity. In that sense, it can be thought of as being the flipside of the Lex Talionis, “an eye for an eye,” which establishes the basic grounding for all forms of retributive justice. Broadly speaking, the Golden Rule is the principle of treating (or not treating) others as one’s self would (or would not) wish to be treated, but its practical application depends heavily on whether one emphasizes its positive direct form, its negative prohibitive form, or its empathic responsive dimension. It can go from implying the need to give up on vengeance (or other forms of retributive justice) to an actual demand of positive action.

The Golden Rule can be found almost in every cultural, ethical, and religious tradition, although differently formulated. In fact, the broad concept of “doing unto others” appears in some Middle Kingdom Egyptian papyri (2040-1650 BC), in the Code of Hammurabi (1750 BC), in the writings of Thales (546 BC) and other Greek early philosophers, and in some Zoroastrian texts (300 BC – 1000 AD), just to mention some Mediterranean-Levantine cultures.

Read more:
What does “poor in spirit” mean?

Abrahamic religions (Judaism, Christianity, and Islam) all share the Golden Rule. Prior to the advent of Islam the survival of the tribe was regarded as essential in the Arabian Peninsula, and was to be ensured by blood vengeance (hence, the Lex Talionis). In Judaism, this rule of “altruistic reciprocity” was well-established in the book of Leviticus (Lev. 19, 18: “You shall not take vengeance or bear a grudge against your kinsfolk. Love your neighbor as yourself: I am the Lord”) precisely as a prohibition against the use of blood vengeance as a retributive principle. In the Babylonian Talmud, also, one reads “what is hateful to you, do not do to your fellow: this is the whole Torah; the rest is the explanation; go and learn.” This Talmudic formulation is quite like the one we find in the Gospel of Matthew, where we read “Do to others what you want them to do to you. This is the meaning of the law of Moses and the teaching of the prophets.” Yes, but there is a slight difference.

Whereas both Leviticus and the Babylonian Talmud understand the Golden Rule in negative, prohibitive terms (that is, “you shall not” or “do not do to your fellow”), the text in Matthew does the opposite: it points out at the apparently supererogatory need to actually do unto others what you want them to do to you. Some biblical scholars point out at the fact that Jesus’ preaching is rooted in another passage found also in Leviticus, where we read strangers should be treated “as you treat your own citizens. Love foreigners as you love yourselves, because you were foreigners one time in Egypt. I am the Lord your God” (Leviticus 19, 34).

It can be seen this commandment (“doing unto others” is actually part of the Great Commandment) depends on a very specific understanding of who is the other; that is, it entails an understanding of who is my neighbor that goes beyond the preservation of the tribe (as blood vengeance would do). This is the reason why after choosing the positive formulation of the Golden Rule (that is, the “do unto others” rather than “do not do to your fellow”) Jesus tells the parable of the good Samaritan, indicating one’s neighbor is not a member of one’s “tribe” but rather anyone in need, even those commonly considered as hostile.

Check the slideshow below to see how some celebrities have surely “done unto others”! 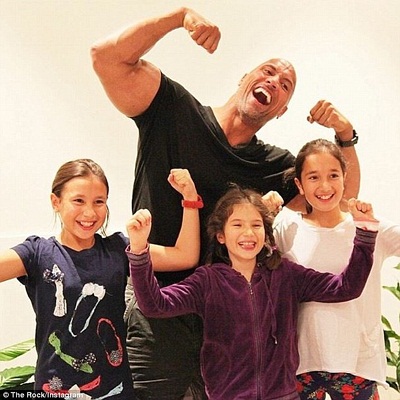