Do you live in one of America’s most sinful states? This survey will help you find out 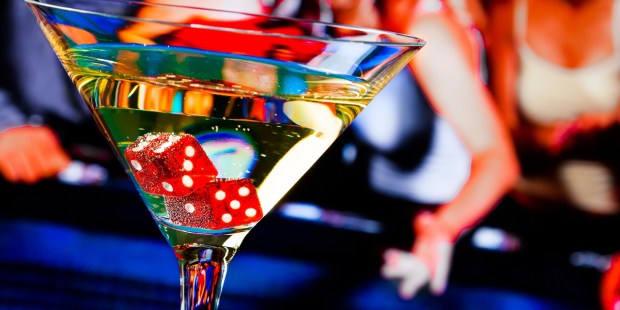 WalletHub compared the 50 states across 43 key indicators of immorality.

What happens in Vegas stays in Vegas. We’ve all heard that one, right? Now there’s been a study that purportedly confirms Las Vegas’ state, Nevada, as the most sinful one in America.

“Some states are more well-behaved than others,” says the study, conducted by WalletHub, a personal finance website owned by Evolution Finance. “In order to determine the states that most give in to their desires, WalletHub compared the 50 states across 43 key indicators of immorality. Our data set ranges from violent crimes per capita to excessive drinking to share of the population with gambling disorders.”

Nevada came out on top with a “vice index” of 56.99. Contributing to that high score was the fact that the Silver State ranks first in the “Greed” category, third for “Jealousy,” fourth for “Excesses & Vices,” and sixth for “Lust.” The only category where Nevada did not “excel” was “Anger & Hatred,” where it came in 26th place.

“We examined those dimensions using 43 relevant metrics,” WalletHub said. “Each metric was graded on a 100-point scale, with a score of 100 representing the highest level of sinfulness.”

Metrics included things such as violent crimes per capita, sex offenders per capita, hate groups per capita, share of internet comments that are hostile, and the number of mass shootings.

“Finally, we calculated the overall score, or WalletHub Vice Index, for each state based on its weighted average across all metrics and used the resulting scores to rank-order the cities,” the study explained.

After Nevada, the four most sinful states are Florida, which ranks first in jealousy; California, which is Number Two for lust; Texas, which beats California when it comes to Sixth Commandment-related sins, and Tennessee, which takes the prize for anger and hatred. Ohio, the 14th most sinful state, is number one for excesses and vices.

Though the states at the other end of the spectrum maybe be, according to some, far less interesting, folks might like to know where they are likely to live more peaceful lives. Vermont is the least sinful state, with a vice index of 26.89. It holds the distinction of being the 50th (i.e., the last) ranked state in terms of lust and the next to last in terms of jealousy. However—and this will be of interest to Bernie Sanders—it comes in at Number Nine for greed.

The other four “holiest” states are Maine, which ranks 48 for jealousy; North Dakota, 47 for jealousy and 43 for anger and hatred; Nebraska, whose residents will be interested that they live in the 45th most lustful state, and Idaho, 40th most jealous state in the union.

The survey ranks the best and worst states in each category, referring to specific crimes. For example, under Anger and Hate, Alaska has the most violent crimes per capita, while Maine has the fewest. Under Jealousy, New Mexico has the most thefts per capita, and New Hampshire the fewest. Wisconsin has the most excessive drinking, giving it top honors in the Excesses & Vices category, while Utah has the least.

Under Avarice, Mississippi has the highest share of population with gambling disorders (and you thought it was Nevada), while Michigan has the lowest. Mississippi also has the highest average time spent on adult entertainment sites, giving it the strongest showing in the Lust category, while Rhode Island … well, maybe Rhode Islanders spend more time working on their boats, because the Ocean State has the lowest average time spent on salacious websites.

One may wonder why New York has not yet been mentioned. Shouldn’t it be listed among the most violent states? No way. Its distinction in this survey is that the Empire State has the most beauty salons per capita, thus making it the best state for the Vain to live in. Alaska, meanwhile, comes in at 50 in the Vanity category.

Sins like lust and murder and backstabbing are all very exciting. The sin of sloth doesn’t always make it on the front page of tabloids. But let it be known that the state with the highest number of adults who do not exercise is Kentucky. Yes, laziness reigns in the state known for horse racing, bluegrass and Bourbon. Washington state is, officially, the least lazy.

The study is accompanied with brief interviews with various experts to put the numbers in context. For example, Frank McAndrews, a professor of psychology at Knox College in Galesburg, Illinois, says, “I am not sure that I would say that some states are more ‘sinful’ than others; it is just that each state’s unique history and culture predispose it to some kinds of sins more than others.”

For example, McAndrews says, the strong “Culture of Honor” that exists in Southern and Western states coupled with non-restrictive gun laws means that “you will have more deadly violence between men in situations involving insult and the need to save face in public, but it does not lead to more violence in general.”

“Similarly, states where there is a strong link between specific religious values and state government (think Utah) may have fewer problems with things that the religion in question deems sinful (think alcohol),” he continues. “States like Nevada have actually made sin a tourist industry (gambling, prostitution), but I am not sure that the full-time residents of the state engage in these activities at higher rates.”