Czech ossuary of 60,000 skeletons to be cleaned and preserved

Bones in the Sedlec Ossuary came from a monastery cemetery in the 14th and 15th centuries.

Underneath the Cemetery Church of All Saints in the Czech Republic, the Sedlec Ossuary adorns its walls and ceilings with the bones of some 60,000 skeletons. The artistic installations double as a final resting place, so they do not get moved often, but now in an effort to clean and preserve the bones the church is undertaking what will be a two-year effort to clear away hundreds of years of dirt and dust. 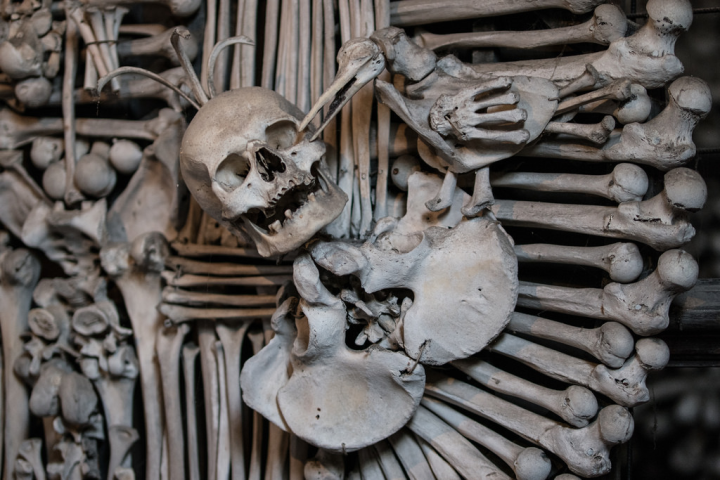 The most challenging aspect of this task will be deconstructing the four massive bone pyramids and replacing them as they were after cleaning. The effort will also see renovations made to the main church building, to ensure the housing of these remains for centuries to come.

Along with the bone pyramids, the Sedlec Ossuary also features a chandelier, a coat of arms and various other decorations all crafted from human bones. Radka Krejci, the one in charge of operations of the parish, told Reuters:

“Many people find it weird today and come to see this as some dark spectacle, a house of horrors, but we do not want it to be perceived like that, it is a place of reverence, a burial-place.”

Indeed the story of how the bones came to Sedlec is not as grim as one might expect. Most of the bones came from a cemetery adjacent to a monastery founded by the Cistercian order in 1142. Many of those interred there were victims of the 14th-century plague, and more joined them during religious wars between Roman Catholics and the Hussites in the 15th century.

Read more:
The bones of 60,000 dead decorate this chapel

In the 16th century, needing more space in the graveyard, a decision was made to exhume the bodies and place them in repositories around Europe. Legend tells that a half-blind monk constructed the pyramids, while other decorations date from 1870 and are the work of Czech wood-carver Frantisek Rint.

In order to ensure the bones are replaced exactly as they were found, the restoration team has hired the Nase Historie firm. Nase Historie will create computer models of the bone pyramids, and keep diligent track of each bone’s placement.

Conservation expert Tomas Kral noted, “The bones will be cleansed of surface dirt and then soaked in lime solution. This is a natural method of preservation which was also used during the creation of these pyramids.”