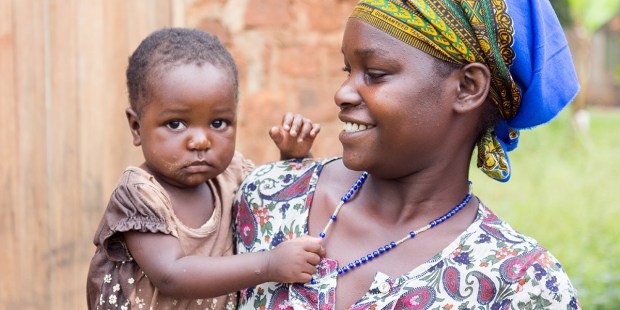 African medical practitioners ensured the safety of countless women and babies well before it was successfully done in the West.

Mothers today are giving birth to healthy bundles thanks to centuries of experience and healthcare passed down from one generation to the next. As late as the mid-18th century, when western women relied on the life-threatening cesarean to save themselves or their unborn child if vaginal delivery was impossible, the vast majority died as a result of the procedure. At the same time, however, midwives in the African countries of Uganda, Tanzania, and the Congo were successfully helping women deliver babies through c-sections — and survive the operation.

It is thanks to the extremely detailed — not for the squeamish among us — yet fascinating account of one such delivery, documented by Robert Felkin, a medical missionary who went to Uganda in 1878 with the Church Mission Society, that the western world leaned how Africans had been successfully delivering healthy babies. And according to Vivian Kobusingye Birchall, a TV producer who also teaches African history and culture, this sort of procedure was centuries old and is still carried out today in rural parts of sub-Saharan Africa.

According to Birchall, the cesarean witnessed by Felkin was just an everyday practice in the Banyoro kingdom in western Uganda. Carried out by an expert male practitioner and his male assistants, the mother-to-be would be strapped down to a bed and given banana wine to act as an anesthetic — it would also be used as an antiseptic. Held down by the assistants, the woman was then operated on. Using rudimentary tools such as a red hot iron to carefully cauterize wounds, and metal spikes to close the incision, the practitioner could safely ensure the success of the operation.

Through Felkin’s notes we can see just how careful the practitioner was in his treatment of the uterus during and after the delivery, helping to prevent any excess blood loss and future infection. Yet, perhaps it is the treatment of the wound once it was closed that might seem the most incredible. Thanks to the combination of two chewed roots, a touch of spit, and a banana leaf, the wound healed beautifully, and when Felkin left the woman, 11 days post-delivery, both she and her child were recovering well.

The only issue Felkin witnessed was that the mother’s milk supply was initially limited. This was apparently quite common so women from the village would help feed the baby until the mother’s milk became more abundant. Felkin relayed his findings at a lecture for the Edinburgh Obstetrical Society in 1884, and while we don’t know to what extent his report influenced the future of cesareans in the western world, his findings must have been an eye-opener to physicians who only started using antiseptics in 1867.

Thankfully, the modern day c-section is not quite as harrowing as it must have been for the poor mothers-to-be who were strapped to their beds intoxicated with banana wine. Yet, the procedure was a true success story in using what God had provided to make sure both mother and child were safe.