Exclusive photos: A portrait of the Church you never see — Part 1

Take a glimpse beyond the headlines and experience the true beauty of the Faith.

Buried beneath the headlines of scandal and division are the unreported stories of a Church alive and active. There are stories of dedicated Catholics from every walk in life, living their call to holiness sometimes through the smallest of deeds, and sometimes in great displays of heroic virtue. From the Rosary groups who descend into NYC’s subways to pray for the straphangers, to the Sisters in New Mexico who care for those facing their final days, to those who commit themselves to Adoration in the many chapels around the world, there are tales of faith and beauty and courage as diverse as humanity itself.

If one were to base their opinion of the Church solely on the headlines, they would be shocked to see what the reality of the daily life of the Church actually is. One such example would be the day-in day-out life of the Franciscan Friars of the Renewal in Harlem. For over 30 years the Friars have prayed and cared for those in dire straits in what was once one of the roughest communities in New York City. 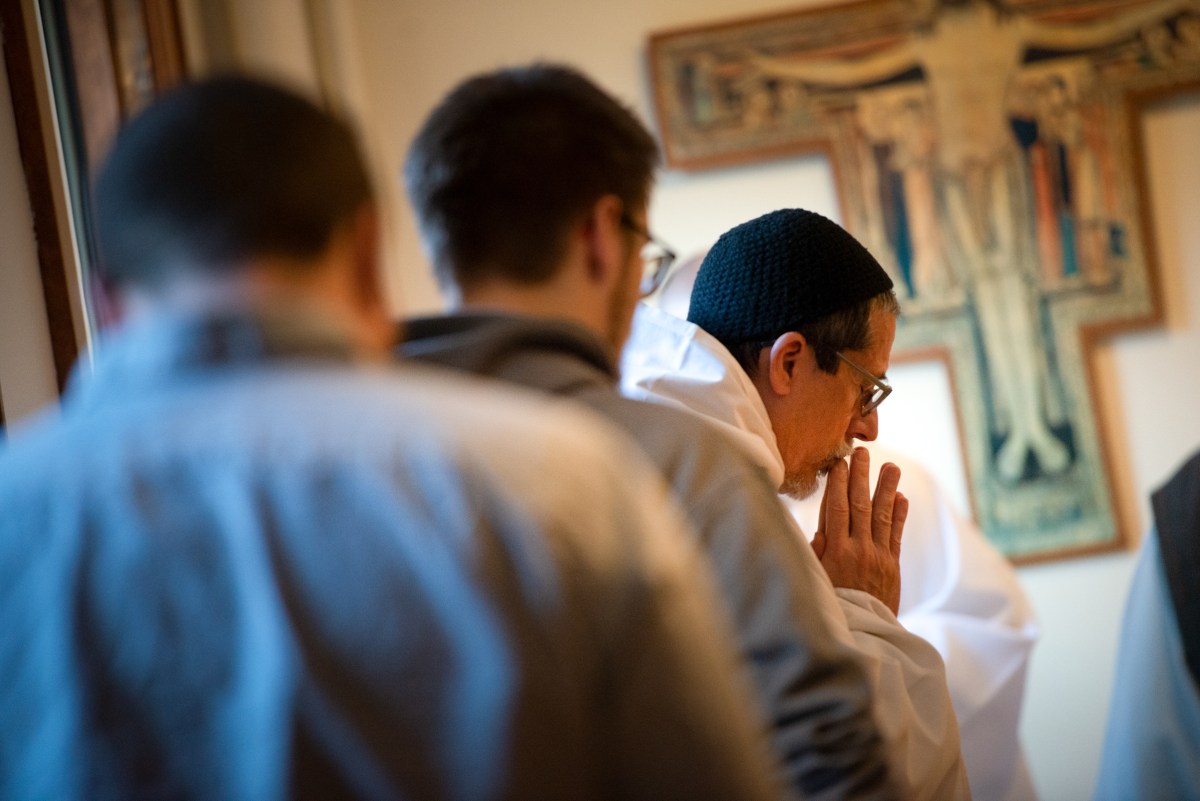 “You must understand, we’re not just another NGO, what we do flows from our spirituality …” said Fr. Glenn Sudano.

The service they perform isn’t focused merely on a need, it’s focused on Christ — first in their relationship with Him, and then on serving Him in others. And it’s through this proper ordering of things that Christ’s love and mercy touch the very lives of the people they serve. This is faith and service lived out in its purest form.

As the sun rises in St. Joseph’s Friary in Harlem a bell sounds and the Friars all join in the chapel for Morning Prayer, which is followed by Mass. The intensity with which they pray could perhaps be described as “Franciscan intensity.” St. Francis, who famously threw himself into thickets to stem temptation, abandoned all worldly possessions and radically committed his life to Christ and rebuilding the Church … that kind of intensity.

They file out of the chapel to begin preparing to serve the community, and the sounds of light-hearted banter and laughter fill the halls. This exterior joy that radiates from the Friars comes from the deep interior Joy flowing from their centeredness on Christ. In fact, one could imagine that this might be similar to what it would be like to encounter the Apostles some 2,000 years ago.

For all of the trials that the Church endures, Christ is still alive in her today. From the streets of New York to the sandy shores of Galilee, faithful men and women continue to echo Mary’s “Yes” and respond to Christ’s invitation to love.

So for each headline that casts the Church in a negative light, know there are millions of unreported stories that say quite the opposite, and these are the true portraits of the Church you never see.

To learn more about the Franciscan Friars of the Renewal click HERE.