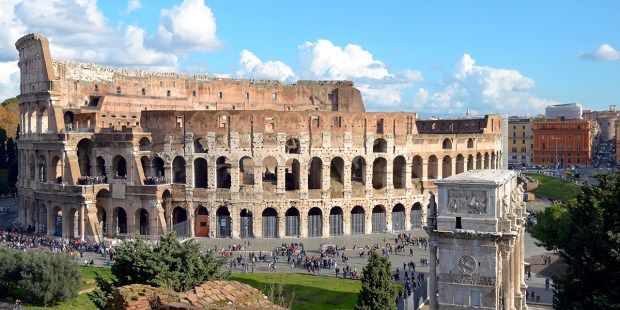 Now is the time to book a last-minute trip to Italy.

A trip to Italy would not be complete without visits to the wide array of historical and religious attractions throughout the country. While the normal rates for entrance can really wear on a vacation budget, those who will be in Italy next week, or who can book a last-minute trip, will be pleased to find that many of the most renowned sites will be accessible at no charge.

Italy’s Minister of Culture, Alberto Bonisoli, has announced the institution of a new tourist draw “La Settimana dei Musei” (i.e., Museum Week), which will open the doors of many of the nation’s fine museums for free visits from March 5-10. During Museum Week entrance to all of Italy’s state museums, monuments and archaeological sites will be complimentary.

The list of sites and museums open to the public for Museum Week include Rome’s Galleria Borghese, the Colosseum, the Galleria degli Uffizi and Boboli Gardens in Florence, and the Galleria dell’Accademia in Venice. If a group of four were to visit all of these sites on a normal week, the fees just to enter would total €328.

Some of the attractions, such as the crypts in Rome’s Appia Antica archaeological park, are offering free guided tours to promote Museum Week. Visitors are advised to call ahead when looking for a tour, because some sites like Venice’s National Archeological Museum require reservations.

The initiative was started to relieve some of the stress caused by Italy’s “free museum Sundays,” which draw unbearable lines to museums for free admission on the first Sunday of each month. With the change, Italy’s state museums will now offer 20 days with free admission per year. This includes the six days that make up Museum Week, plus six free Sundays between October and March, and another 8 free days which will be announced at the government’s discretion.

Bonisoli told La Repubblica that a series of surveys found the majority of visitors (about 54 percent) would rather visit a museum on a weekday, rather than on free admission Sunday, which only about 12 percent said was ideal. He said, “If we find the resources, I intend to try to exceed the number of 20 days of free entry,” suggesting more free weekdays as the year wears on.

The high season of tourism lasts from March to October in Italy. During that time, museums are notoriously overcrowded and purchasing tickets in advance is the only way to guarantee admission. However, during Museum Week, or on any of the free Sundays, that’s one hurdle you don’t have to jump.

Families with children under 18 will be pleased to hear that entrance to Italy’s state museums is always free for children. For visitors between the ages of 18 and 25, a new reduced entry fee has been set at just €2.

If successful, Italy will continue to offer this incredible deal in the years to come. Something to think about when planning your next family vacation.