Which kind of intelligence is your strength? 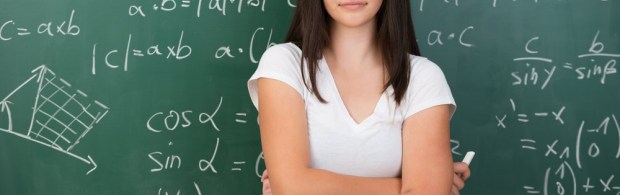 There’s more than one way to be “smart.”

In recent years, various currents of thought have proposed the existence of different kinds of intelligence, including the distinction between crystallized and fluid intelligence — proposed by Raymond Cattell — as well as Howard Gardner’s theory of multiple intelligences. Let’s look at some of these.

As its name indicates, this is the ability to master language. This kind of intelligence doesn’t only refer to oral language, but also writing and gestures, so it has a great deal to do with the process of communication in general.

Spatial intelligence is defined as the capacity to observe and imagine the world and the objects within it from different points of view, as well as the ability to manipulate or create mental images to solve problems.

While some people are very good at sculpting or painting, others have a great ability to compose works of music, because they are very talented at combining notes and rhythms in beautiful ways. Musically gifted people have high musical intelligence, which also allows them to play instruments, to read music, and to compose with relative ease.

This is the ability to use one’s own body well—that is to say, being good at coordinating physical movements. This kind of intelligence manifests itself in a strong connection between the mind, emotions, and movement. Actors, athletes, and dancers typically have high kinesthetic intelligence.

Some people possess a special ability to understand themselves and their own thoughts and feelings, and to regulate their own behavior, because they’re able to access their feelings and emotions and reflect on them. People who have this kind of intelligence tend to enjoy greater emotional and psychological health.

Interpersonal intelligence is the ability to discern the emotions, feelings and intentions of others. It helps us to interpret their words and gestures, discerning their objectives and their goals. Politicians, professors, and actors tend to excel in this kind of intelligence.

This kind of intelligence reflects the ability to make the right decisions to achieve goals working as a team, which is very necessary for businesses today—in fact, the concept arose in the context of business. Teamwork is one of the skills most sought after by recruiters, and that’s why many training courses focusing on this type of intelligence are starting to be available.

Being aware of these different kinds of intelligence can help us to understand better how human intelligence works, and above all, to discover the kind of intelligence that most characterizes us as individuals. Understanding ourselves better is the best foundation for being able to discover and develop our potential.

Read more:
There are different kinds of intelligence: Which one makes you shine?