Remembering Luke Perry as the voice of Judas 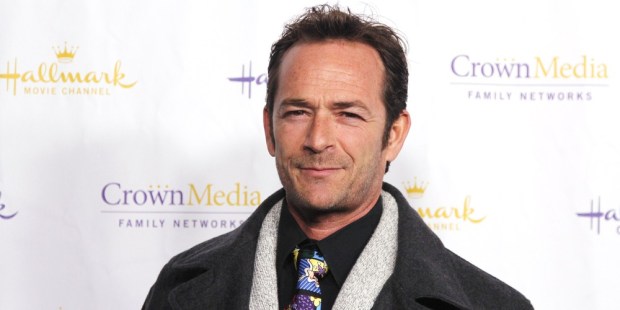 The former teen idol had several Christian projects to his credit.

The world was shocked by the sudden death of Luke Perry, who passed away of a stroke at just 52. The television and film star was best known for his early work on “Beverly Hills, 90210,” but his more recent work is worth a second look, as it encompasses several notable Christian projects, including an audio book of the Bible and a faith-based film.

In 2007, Thomas Nelson produced an audio book of the Bible, “The Word of Promise Audio Bible.” The project, grand in scope, brought together more than 500 actors for a dramatic reading of the Holy Bible. The finished product took four years to complete and was originally published on 79 CDs, which covered the complete text in roughly 98 hours.

If you’re interested in hearing how Perry sounded as Judas, check out the below, around 2:25:50, to hear Matthew 26:14, when Judas betrays Jesus to the Pharisees:

Despite Perry’s fame, and his time spent as a youthful teen heart-throb, his faith seems known to God alone, as Perry was private on the subject. We could not find an interview which asked him about it, nor did he ever volunteer any quotes. However, in 2015, he starred in and produced a faith-based film called “Welcome Home.”

In the movie, Perry plays a struggling author who returns to his home after a vacation to find a mother — Cassandra played by Camille Sullivan — and her two sons are squatting in the house. He learns that the house had previously belonged to Cassandra before her husband passed away and they became the victims of foreclosure.

Throughout the film Perry learns to coexist with the woman and her children, allowing them to stay there for a little while, while his writing turns from his own childhood memoirs to the story of Cassandra and her family. Eventually Perry kicks them out of the house which is now his and this causes a conflict in his conscience, which leads to poignant commentary on the plight of homelessness in America.