Jesus doesn’t want to scare you into conversion, says pope

Instead, Our Lord proclaims a wonder, a grace: God, the Father, loves us and is near us!

As Lent begins, Pope Francis is reminding us that Jesus doesn’t want to scare us into conversion with threats about judgement or guilt over sin. “The signs of the coming of this Kingdom are many, and all positive,” he said. Jesus comes to earth to proclaim a wonder and a grace: “God, the Father, loves us, is near us and teaches us to walk on the path of holiness.”

This was the pope’s message during the general audience as he continued with his teaching on the Lord’s Prayer.

He took up the second invocation — your Kingdom come — which springs from the heart of Christ, the pope said, who came to earth with the message, “The time has come. Repent and believe.”

“These words are not a threat at all; on the contrary, they are a happy announcement, a message of joy,” the pope said.

Jesus does not want to push people to convert by sowing the fear of God’s imminent judgment or a sense of guilt for evil committed. Jesus does not proselytize: He simply announces. On the contrary, what He brings is the Good News of salvation, and starting from this He calls us to convert. Everyone is invited to believe in the “Gospel”: the lordship of God brought close to His children. This is the Gospel: the lordship of God made close to His children. And Jesus proclaims this wonder, this grace: God, the Father, loves us, is near us and teaches us to walk on the path of holiness.

Francis said that “the signs of the coming of this Kingdom are many, and all positive” —  from the healing of the sick both in body and spirit, to care for sinners and those who were excluded, such as lepers, to the raising of the dead.

And so Christians pray, insistently, “Your Kingdom come,” the pope said.

And yet, he continued: “Jesus came; but the world is still marked by sin, populated by so many people who suffer, by people who are not reconciled and do not forgive, by wars and by so many forms of exploitation; let us think of the trafficking of children, for example.”

All of this is proof that Christ’s victory has “not yet been fully implemented,” the pope said.

It is above all in these situations that the second invocation of the Lord’s Prayer emerges on the Christian’s lips: “Your Kingdom come!” Which is like saying: “Father, we need you! Jesus, we need you, we need you to be everywhere and forever You are Lord in our midst!” “Your kingdom come, may You be among us.”

Francis then addressed the question of why the Lord’s Kingdom seems to come about so slowly. He referred to the parables, saying, “God is not like us, God has patience. It is not with violence that the Kingdom is established in the world: Its style of propagation is meekness.”

The Kingdom of God is certainly a great force, the greatest that there is, but not according to the criteria of the world; this is why it never seems to have an absolute majority. It is like the leaven that is kneaded in the flour: it seemingly disappears, yet it is precisely this that ferments the mass (cf. Mt 13: 33). Or it is like a grain of mustard, so small, almost invisible, but it carries within it the explosive force of nature, and once grown it becomes the greatest of all the trees in the orchard (cf. Mt 13: 31-32).

Read more:
Do you know what ‘meek’ of ‘meek and humble of heart’ really means?

In this way, he suggested, the Kingdom is like Jesus’ own life on earth: “He too was a meagre sign for His contemporaries, an event almost unknown to the official historians of the time.”

So let us pray that the Kingdom of Christ might come, the pope exhorted.

Let us sow this word in the midst of our sins and failures. Let us give it to people who are defeated and bent by life, to those who have experienced more hatred than love, to those who have lived useless days without ever understanding why. Let us give it to those who have fought for justice, to all the martyrs of history, to those who have concluded that they have fought for nothing and that evil always dominates in this world. Then we will hear the Lord’s prayer respond. Those words of hope will be repeated for the umpteenth time, the same ones that the Spirit has placed in the seal of all the Holy Scriptures: “Yes, I will come soon!”: This is the Lord’s answer. “I will come soon.” Amen. And the Church of the Lord replies: “Come, Lord Jesus” (see Rev 2: 20). “Your Kingdom come” is like saying “Come, Lord Jesus.” And Jesus says: “I will come soon.” And Jesus comes, in His way, but every day. Let us have trust in this. And when we pray the Lord’s Prayer, we always say: “Your Kingdom come,” to feel in the heart: “Yes, yes, I will come, and I will come soon.” 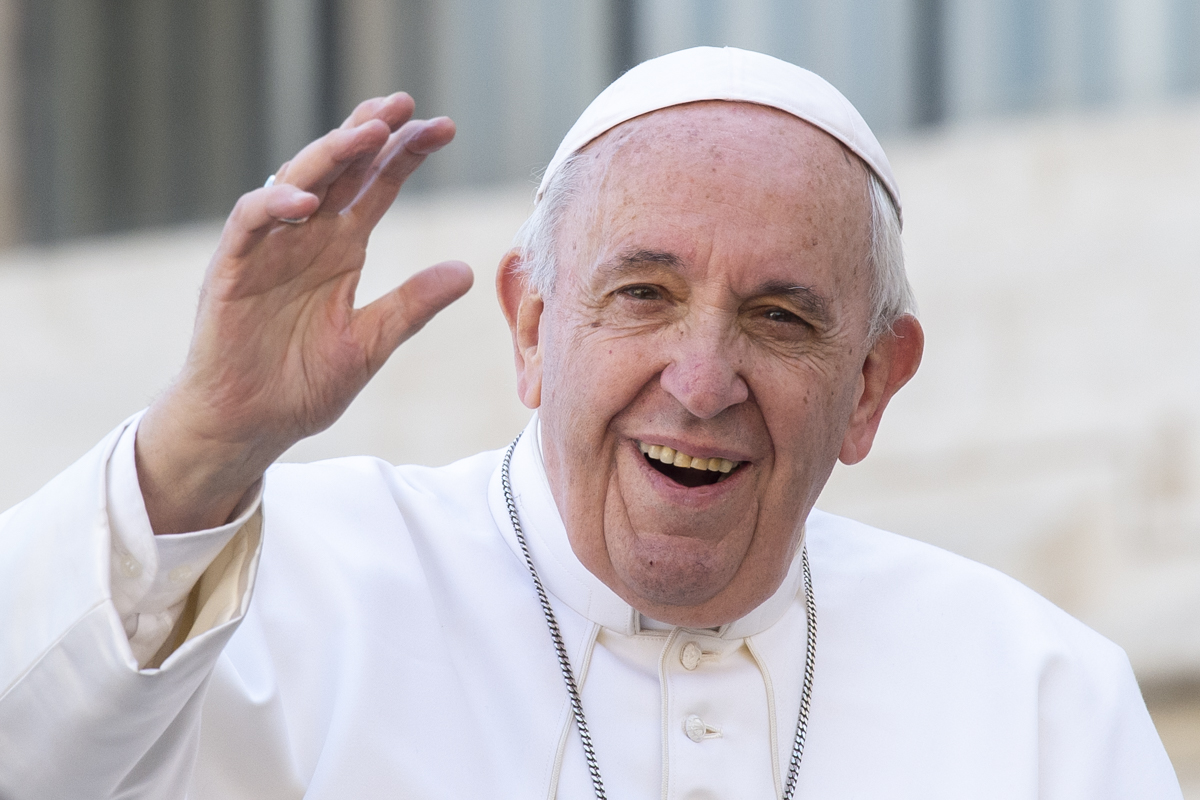 Read more:
Pope: Even if you resent your dad, you can still have the experience of the Father’s love