A 2nd-century pope gave us the custom of Lenten fasting 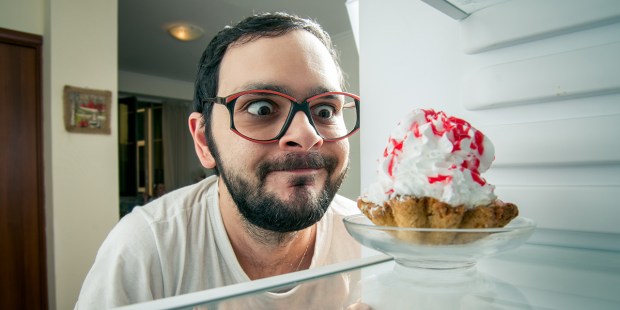 But we can’t deny that the regulations of 2019 are a piece of cake, even compared to just a few decades ago.

The eighth pope in the line of succession that began with St. Peter was Pope Telesphorus. He was a pope from 126 until 137. The exact birth date of Telesphorus is unknown, but he was born in Calabria, Italy, and was of Greek descent. It is said that he had been a religious hermit before being chosen as the Bishop of Rome.

Pope Telesphorus is responsible for beginning the custom of fasting for seven weeks before Easter. He also was the pope who introduced the Gloria in Excelsis Deo to the Mass.

Read more:
Why are the Gloria and Alleluia omitted during Lent?

It is said that Pope Telesphorus was put to death during the last year of Emperor Hadrian’s reign, in the year 137. It is also said that he “bore witness gloriously.” He is the only 2nd-century pope whose martyrdom has been reliably confirmed.

In the Roman Martyrology, his feast day is celebrated on January 5. (The Greek Church celebrates it on February 22).

Rules for fast and abstinence: Past and present

So Pope St. Telesphorus initiated Lenten fasting in the 2nd century. St. Basil the Great, who lived some two centuries later, offered this reflection on the practice:

Let us fast an acceptable and very pleasing fast to the Lord. True fast is the estrangement from evil, temperance of tongue, abstinence from anger, separation from desires, slander, falsehood, and perjury. Privation of these is true fasting.

As you can see from St. Basil’s reflection, fasting was serious business. It focused not only on food and drink but included abstinence from anger, biting your tongue, and separating oneself from one’s desires. That covers a lot of territory!

Read more:
5 Lent challenges for couples: Could you give these up together?

The Church has always understood fasting to be an important practice, drawing from the experience of our elder brothers in the faith, the Chosen People. Examples of fasting go back as far as Moses on Mount Sinai and continue with Jesus in the wilderness.

Early Church fasting could include all Wednesdays and Fridays during the entire year, and on those days, no food or drink (including water) could be taken until mid-afternoon. By the Middle Ages, nuns and monks would fast for 24 hours at a time.

Friday was a fast day because that was the day on which Jesus died (a practice that is still recommended today, though in a modified version of abstaining from meat).

Read more:
Answer to: Has the Church Gone Back to Meatless Fridays?

Over the centuries, rules on fasting have changed. What was stricter prior to the 1960s became looser after the Second Vatican Council. Consider, for example, the pre-Communion fast that required taking nothing to eat or drink (including water) from midnight until receiving Holy Communion. Today that requirement is just for a one-hour time period before Communion, and water and medicine are excluded.

In 1956, abstinence for those over the age of 7 was the norm for all Fridays, not just those of Lent, as well as the vigil days of the important feasts of the Assumption and Christmas as well as Holy Saturday until midnight. On days of abstinence, meat, soup or gravy made from meat, was not to be taken at all. Fasting (one main meal a day and two smaller meals, with meat permitted once a day) was the norm for all the other days of Lent except Sundays, and this rule applied to those between the ages of 21 and 59.

In the Church of 2019, we have it quite easy compared to our Catholic brothers and sisters who have gone before us. Fasting (for those between 18 and 59) is only observed on Ash Wednesday and Good Friday. Abstinence is to be observed by all Catholics who are 14 years of age and older on Ash Wednesday and all Fridays of Lent, including Good Friday, and abstaining (or in some places, some other sacrifice) should mark all Fridays of the year.

So compared to the fast and abstinence of 50 years ago, not to mention the 2nd century, today’s regulations are a “piece of cake.” Have a HAPPY LENTEN SEASON.

Read more:
Have you read the pope’s unique twist on Lent this year? Check it out