A Catholic’s guide to drinking during Lent 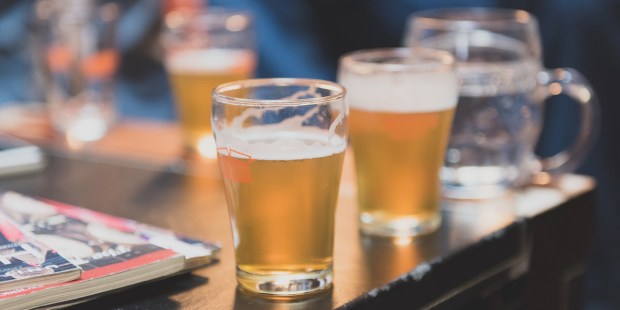 For most of Church history Catholics during Lent fasted, but didn’t necessarily abstain from alcohol.

We often think of Lent as the time to give up some of our favorite things, and for many of us alcohol is somewhere near the top of that list. But it was not always so. While voluntary abstinence is certainly commendable, for most of Church history Catholics during Lent were instead preoccupied with the mandatory fast, which was not the piddling two-day affair that it is now (Ash Wednesday and Good Friday), but a full 40 days.

Interestingly enough, this fast in the Latin Church could be rigorous, but it never required abstinence from alcohol, even though other Christians, such as the Eastern Orthodox, have strict fast days where “wine and oil are avoided.” I suspect there are two reasons for the Latin approach. First, drinking alcohol was often safer than drinking water. A little wine added to water kills water-borne pathogens, and beer low in alcohol (called “small beer”) contained just enough alcohol to kill germs but not enough to impair one’s work skills.

Second, alcohol – especially beer – was a way to compensate for the Great Fast. A special  beer called doppelbock was invented precisely to provide extra nutrients and vitamins during Lent. Shiner Bock, familiar to Texans as the Spoetzel brewery’s most popular year-round offering, used to be only produced in the spring; it was not until the early 1970s that it began to be available outside of Lent. Paulaner monks invented their outstanding “Salvator” as their sole form of sustenance during the entirety of Lent: you can read their fascinating story here.

And finally, there is a German “Fastenbier” or “Lentbeer” that has been around since the 15th century. The beer earns a respectable 4.2 score out of 5 on beeradvocate.com, which has this to say:

“The Original Schlenkerla Lentbeer is an unfiltered smokebeer, brewed according to the Bavarian Purity Law of 1516. Bottom-fermenting yeast gives the reddish brown lentbeer a natural cloudiness. Its smokey aroma is already noticeable in the smell, combined with a fine hoppy note. In the drink the fullbodied, highly drinkable lentbeer shows its strong malty flavor, rounded up with the smokey taste and a light bitterness. Due to the nourishing yeast, the Original Schlenkerla Lentbeer has the ‘Brotzeit already included’ (German word for afternoon snack).”

Afternoon snack. Gotta love it. And note the “Cerevisia Quadragesimae” on the label, Latin for “Beer of Lent.”

Read more:
No food, only beer: Fasting like a 17th-century monk

To be clear, Lenten beer does not make the 40-day fast an extension of Mardi Gras. In 2011, a nondenominational Christian and home brewer named J. Wilson decided to try the Paulaner monks’ liquid fast. He crafted his own nutrient-rich doppelbock and drank nothing but it and water during all of Lent, including Sundays. Rather than perambulate in a dim haze, Wilson lost 25 pounds and “found [himself] operating in a tunnel of clarity unlike anything [he’d] ever experienced” (you can read his full testimony here). He also gained new respect for the monks and for their annual acknowledgement of their frailty and dependence on God.