The painting that sparked a devotion to “Mary, Undoer of Knots” was about a divorce that didn’t happen

Then-Archbishop Jorge Bergoglio brought this devotion back to Argentina after seeing the painting in a church in Germany.

The story of the devotion to “Mary, Undoer of Knots” is a story of a divorce that never happened, thanks to what is believed to have been the miraculous intervention of the Blessed Virgin Mary.

That miracle was depicted in a painting, which Pope Francis, when he was Archbishop Jorge Bergoglio, saw hanging above the altar of a church in Germany. Moved by the image, and the story behind it, he became devoted to the Blessed Mother under that title, and brought his devotion back to Argentina. 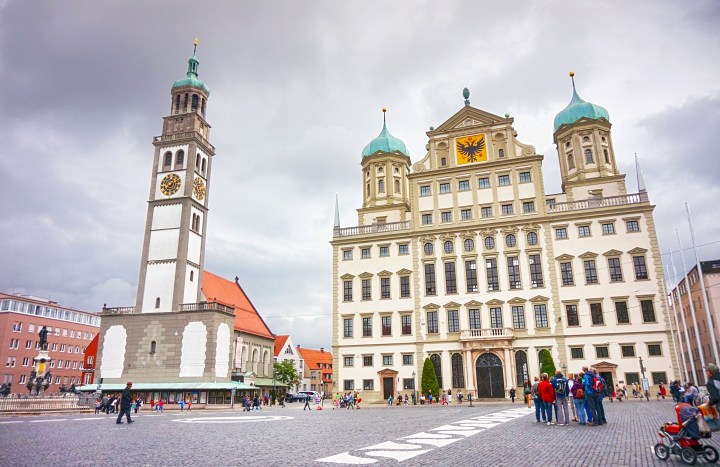 The story dates back to about the year 1700, when the German painter Johann Melchior Georg Schmittdner was asked to provide a painting for the altar of the noble German Langenmantel family. He chose as his subject an event that had occurred to that same family some 85 years before and was central to the family’s history.

According to an account by Richard Lenar of the University of Dayton, in 1612 the German nobleman Wolfgang Langenmantel and his wife, Sophie Imoff, were on the verge of divorce. In an attempt to save their marriage, Wolfgang sought counsel on several occasions with Father Jacob Rem, a Jesuit priest, who was known for his piety and wisdom, and who, it was believed, had experienced an apparition of the Virgin Mary.

On the day of their final meeting together, Father Rem had been praying in the chapel of his monastery before an image of the Virgin Mary under the title of “Our Lady of Sorrows.”

When Wolfgang met him that day he handed Father Rem his wedding ribbon, which, according to custom, had tied together the hands of the bride and groom as a symbol of their lifelong union. While praying with Wolfgang, the priest lifted the ribbon in the air and untied its knots.

Lenar writes, “As Father Rem smoothed out the ribbon, it became intensely white. Because of this happening, Wolfgang and Sophie were able to avoid a divorce and continue their marriage.”

The painting based on this story depicts the Virgin Mary untying the knots of married life. Lenar explains the symbolism in the painting:

The crushing of the serpent illustrates that Mary is the Immaculate Conception, since she as the one exempt by special grace from all stain of original sin is the serpent’s eternal opponent. The dove is a reference to Mary as the Bride of the Holy Spirit. Angels assist the Blessed Mother; one presents the knots of our lives to her, while another angel presents the ribbon, freed from knots, to us. Underneath Mary, the worried noble Wolfgang, accompanied by the Archangel Raphael, walks towards a monastery.

While the devotion to “Mary, Undoer of Knots” dates back to St. Irenaeus in the 2nd century, according to Lenar, it only became popular recently, thanks in part to the efforts of Pope Francis. Those who come to Mary to help untie their knots come not only for marital problems, but for help with any seemingly intractable problems calling for her intercession.