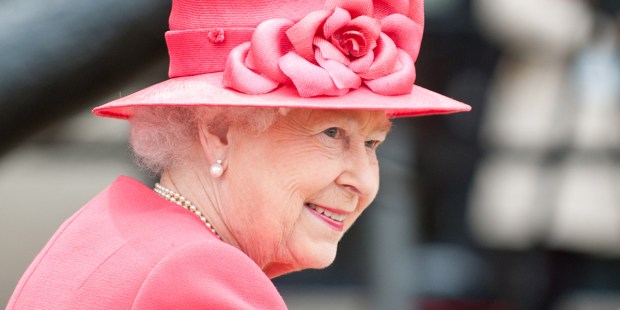 At 92, the monarch shows the importance of being polite — even behind a screen.

At the age of 92, the British sovereign has finally taken to Instagram to share a little bit of culture and family history. In doing so, she’s also given a few lessons in Instagram manners: no cussing, pay attention to grammar, and be relevant.

In her first ever post — despite having had an account since 2013 — the queen spoke of her visit to the Science Museum, where she came across a letter addressed to her great-great-grandfather Prince Albert, the beloved husband of Queen Victoria, in 1843. The letter, kept in the royal archives, was written by Charles Babbage, whom the queen described as the “world’s first computer pioneer.” He tells the prince of his invention of the “analytical engine,” a precursor to the first computer programs that were created by Ada Lovelace.

Today, as I visit the Science Museum I was interested to discover a letter from the Royal Archives, written in 1843 to my great-great-grandfather Prince Albert.  Charles Babbage, credited as the world’s first computer pioneer, designed the “Difference Engine”, of which Prince Albert had the opportunity to see a prototype in July 1843.  In the letter, Babbage told Queen Victoria and Prince Albert about his invention the “Analytical Engine” upon which the first computer programmes were created by Ada Lovelace, a daughter of Lord Byron.  Today, I had the pleasure of learning about children’s computer coding initiatives and it seems fitting to me that I publish this Instagram post, at the Science Museum which has long championed technology, innovation and inspired the next generation of inventors. Elizabeth R. PHOTOS: Supplied by the Royal Archives © Royal Collection Trust / Her Majesty Queen Elizabeth II 2019

While the letters were in beautiful script, and steeped in history, the queen wanted to demonstrate just how far technology has come in such a short space of time. On her visit, the monarch learned about children’s computer coding initiatives and wanted to take the opportunity to show her own skills in a nod to innovation, and the generations to come.

Unlike many Instagrammers, the queen took the time to sign off on her post with “Elizabeth R,” which is the official royal signature she uses for signing documents — the ‘R’ standing for regina, meaning “queen.” A simple and clear message that no matter how far technology takes us, good manners are always welcome, that we can be engaging without putting others down. And it’s no surprise that “Elizabeth R” wracked up over 87,000 likes in just a few hours with many positive, encouraging, and polite replies.